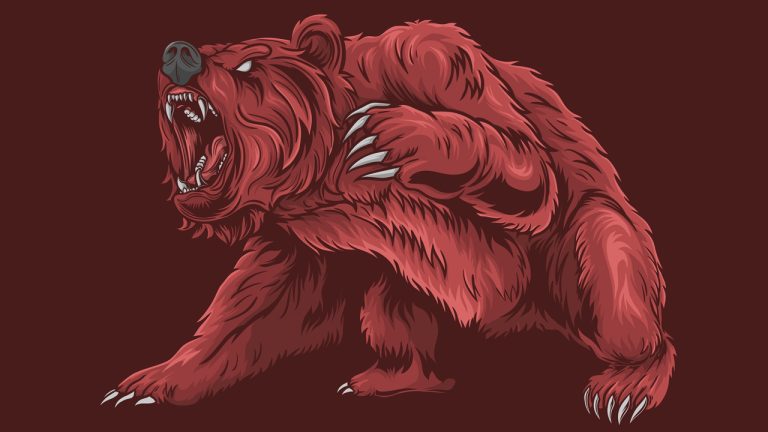 Digital currency markets, precious metals, and stocks dropped another leg down on Monday following the drop markets saw last Tuesday. Last week’s fall was one of the worst weeks in more than three months as market strategists believe a sizable Fed rate hike is coming this week. Bank of America’s analysts led by Savita Subramanian believes the U.S. Federal Reserve “has more work to do,” and an aggressive central bank may be “anathema for stocks that have benefited from low rates and disinflation.”

A hawkish Fed may be like repellent or kryptonite to assets that profited from easier monetary policy and stimulus, Bank of America’s market strategists led by Savita Subramanian said in a note this past weekend. Global assets are having a rough start on Monday as all four major stock indexes on Wall Street started the day (9:30 a.m.) lower following a gruesome week of trading activity last week. By 3:00 p.m. (ET), benchmark stocks saw a slight rebound showcasing extreme market volatility and uncertainty.

Precious metals like gold and silver saw losses as well on Monday, as gold shed 0.12% and silver dipped by 0.74% against the greenback. Bitcoin markets have been extremely correlated with U.S. equities, but some BTC market analysts believe bitcoin is a very different animal.

“[Bitcoin] and S&P 500 are correlated,” the pseudonymous analyst Plan B tweeted on Monday. “However, in the same period that S&P increased from ~$1K to ~$4K, [bitcoin] jumped from ~$10 to ~$20K. 4x versus 2000x … completely different worlds. Short-term moves are noise, long term trends are the signal.”

In the meantime, economists and analysts suspect the U.S. Federal Reserve will raise the target federal funds rate by 75 basis points this week. Bank of America’s Subramanian detailed that “the Fed has more work to do” and lessons from more than four decades ago can tell us a lot about combating inflation.

“A hawkish Fed may be anathema for stocks that have benefited from low rates and disinflation (i.e. most of the S&P 500), but lessons from the ’70s tell us that premature easing could result in a fresh wave of inflation—and that market volatility in the short-run may be a smaller price to pay,” the Bank of America strategist’s note explains. Subramanian’s opinion follows the report Bank of America economists revealed in mid-July.

If the Fed’s not careful something is going to break. pic.twitter.com/inTtO7CZaP

At the time, the bank’s economists said it previously expected a “growth recession,” but the summer forecast suggested a “mild recession in the U.S. economy this year.” On Monday, market analyst Sven Henrich quoted Fed chair Jerome Powell’s statement during a press conference last June, when Powell said: “Clearly, today’s 75 basis point (bps) increase is an unusually large one, and I do not expect moves of this size to be common.” Henrich then mocked the Fed chair by noting the central bank is proceeding to execute the third 75bps rate hike in a row.

While nearly every asset class under the sun is showing a strong connection to inflationary pressures and the Fed’s monetary policy, the U.S. dollar has continued to skyrocket against other fiat currencies. The U.S. Dollar Currency Index (DYX) tapped 109.756 on Monday afternoon (ET) and the euro has met parity with the greenback once again. A single Japanese yen equals $0.0070 per yen, and 10-year U.S. Treasury notes tapped an 11-year high at 3.518% on September 19.

What do you think about the Bank of America market strategist’s opinion about an aggressive Fed and the S&P 500 shedding another 8% by the year’s end? Let us know what you think about this subject in the comments section below.