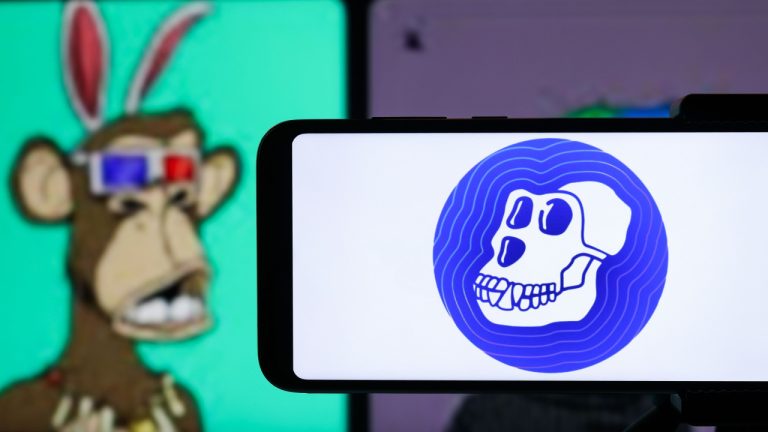 Apecoin was up by over 13% on Tuesday, despite bearish sentiment remaining largely present in cryptocurrency markets. The token stayed close to a one-month high in today’s session, despite current market turbulence. Stellar was also in the green, nearing a four-week peak.

Apecoin (APE) was one of Tuesday’s big movers, with the token climbing by as much as 13% in today’s session.

The move saw the coin climb past a key resistance level of $6.00, moving closer to a four-week high in the process.

Earlier gains have somewhat eased, as the 14-day relative strength index (RSI) collided with what appeared to be a ceiling.

As of writing, the index is tracking at 55.64, which is below its current resistance point of 58.50.

It appears that earlier bulls have secured gains and closed positions, and could be waiting for tomorrow’s rate decision to come, before potentially reentering the market.

Like apecoin, stellar (XLM) was also in the green in today’s session, with bulls pushing it closer to a one-month high.

As a result of today’s rally, the token is now near a resistance point of $0.1160, which has been in place since August 19.

In order to move beyond this point, XLM would likely need to see gains in the RSI which is currently being held up by a point of resistance.

This ceiling appears to be the level of 58.00, which has also been in place since mid-August.

Should a breakout occur, bullish sentiment will likely begin to return, with traders looking to push the token towards $0.1200.

Could we see stellar surge to this point in the next 24 hours? Let us know your thoughts in the comments.