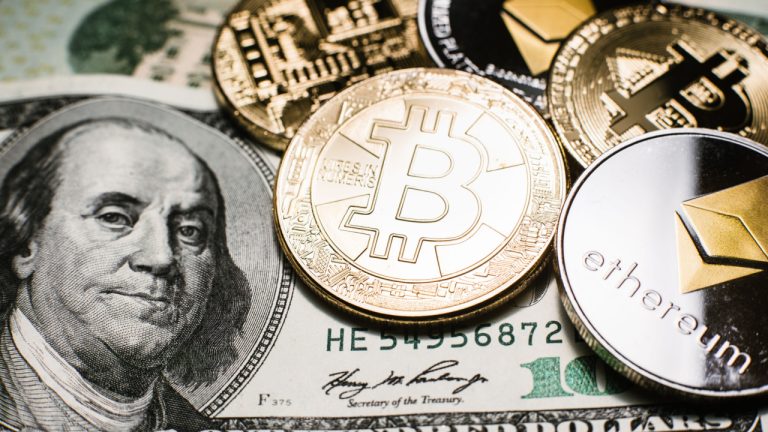 On Monday, bitcoin fell to its lowest level since June, as sentiment in cryptocurrency markets remains bearish. The token has fallen lower in consecutive sessions following last week’s U.S. inflation report, and the fall comes ahead of the upcoming U.S. Federal Open Market Committee meeting. Ethereum was also down, hitting a multi-month low of its own.

Bitcoin (BTC) fell to a four-month low to start the week, as bearish sentiment remains high in crypto markets.

The drop saw bitcoin hit its weakest point since June 18, which was the last time this support level was also broken.

Many believe the decline comes ahead of this week’s U.S. Federal Open Market Committee meeting, where it is expected that interest rates will be hiked.

Looking at the chart, Monday’s sell-off comes as the 14-day relative strength index (RSI) fell below a floor of its own at 41.30.

As of writing, the token is trading below 38.00, and is currently in oversold territory, which could be a positive for those anticipating an eventual turnaround.

However, since then, prices have dropped considerably, with today’s decline taking the token to a low of $1,287.42.

This comes less than a week after the world’s second largest cryptocurrency was trading above $1,700.

As seen from the chart, the drop saw ETH/USD fall to its lowest point since July 16, when prices were rising from a spell below the $1,000 level.

The momentum of moving averages (MA) has also shifted, with the 10-day (red) trend line crossing against its 25-day (blue) counterpart in a downward direction.

Some believe that we may still see further slippages, with bears attempting to take ethereum below $1,000.

Will ethereum drop below $1,000 in the coming days? Leave your thoughts in the comments below.