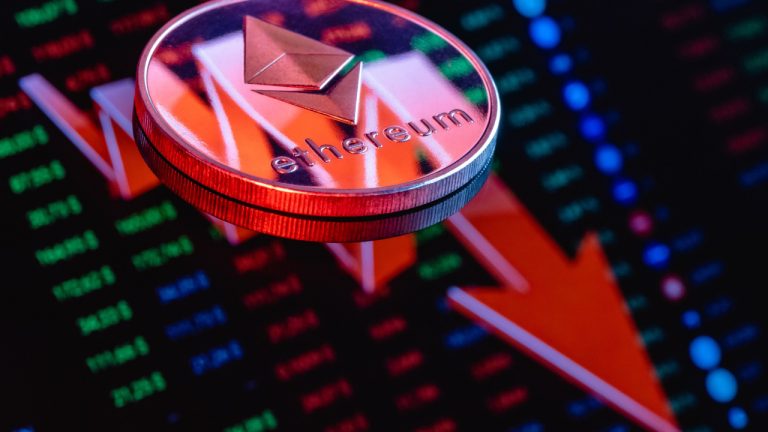 Ethereum moved to a three-week low on Friday, as market sentiment remained bearish following the completion of The Merge. The world’s second largest cryptocurrency dropped below $1,500 today, less than 24 hours after the historic migration from proof-of-work (PoW), to a proof-of-stake (PoS) system. Bitcoin also neared a multi-week low.

Bitcoin (BTC) fell further below $20,000 on Friday, ahead of next week’s expected interest rate hike by the U.S. Federal Reserve.

Crypto markets have been turbulent for the majority of the week, following disappointing U.S. inflation data.

The decline comes less than a day after the world’s most valuable token traded at a peak of $20,370.00.

Looking at the chart, this recent drop for bitcoin comes as the token hit a floor within its 14-day relative strength index (RSI).

The index is now tracking at 43.48, with a move towards a resistance of 46.00 the next likely move. Should this happen, we could see BTC once again trading above $20,000.

Ethereum (ETH) was once again in the red in today’s session, as the token dropped to a two-week low.

The move saw ethereum approach, but not collide with, a key support point of $1,430, as bulls reentered to push prices higher.

As of writing, the world’s second largest cryptocurrency continues to trade close to today’s bottom, which was its lowest point since August 29.

Many still believe a reversal could come, once this current red wave subsides, with the first target for bulls likely the recapture of the $1,500 region.

Next week’s Federal Open Market Committee (FOMC) meeting will likely be a key test for prices, with the potential for a 100-basis point hike on the table. As such, many remain uncertain on how this will impact market confidence.

Will ethereum continue to trade lower over the coming weekend? Leave your thoughts in the comments below.