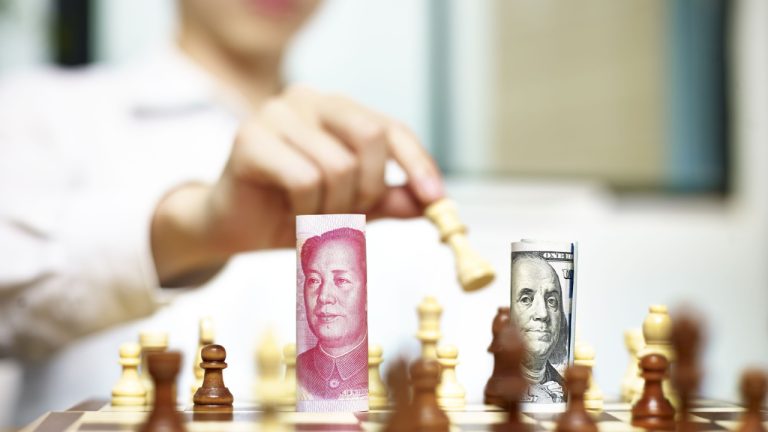 The offshore exchange rate of China’s fiat currency versus the U.S. dollar recently breached the 7:1 mark for the first time in over two years, after it touched a new 2022 low of 7.0188 yuan for every dollar on September 15. Similar to other global currencies that have depreciated in 2022, the yuan’s decline is being driven by the strengthening of the U.S. dollar.

According to a report in the Economic Times, the yuan’s depreciation against the greenback comes against the backdrop of a strengthening dollar. The currency’s decline also came amidst growing fears that the Chinese economy may be slowing down.

However, as per the report, the Chinese central bank’s attempts to assist the economy via an interest rate cut in August helped to spark a 3% depreciation of the yuan.

The PBOC has demonstrated its stance to defend the RMB exchange rate from breaking above [the] 7 handle shortly and a rate cut will contradict such objective.

Cheung is also quoted in another report stating that he now believes that the PBOC is no longer interested in stopping the currency from breaching 7 yuan for every dollar, but will attempt to “delay and smooth out the yuan depreciation pace.”

The Economic Daily report notes that the yuan is not the only currency struggling with the stronger dollar. According to the report, authorities in Japan are also wary of the strengthening dollar, which has seen the exchange rate between the currencies move from 115:1 on January 2, 2022, to over 143:1 by September 20, 2022.

Just the like yen, European Union’s single currency — the euro — began the year trading around €0.88 for every dollar but by August 21, 2022, it reached parity with the greenback. With the exception of a few currencies like the Zambian kwacha and the Russian ruble, many other currencies have struggled against the dollar.

Some economists believe the U.S. Federal Reserve’s attempts to bring down the United States inflation rate via regular marginal increases in interest rates could be one of the reasons why the dollar has gained against other currencies.