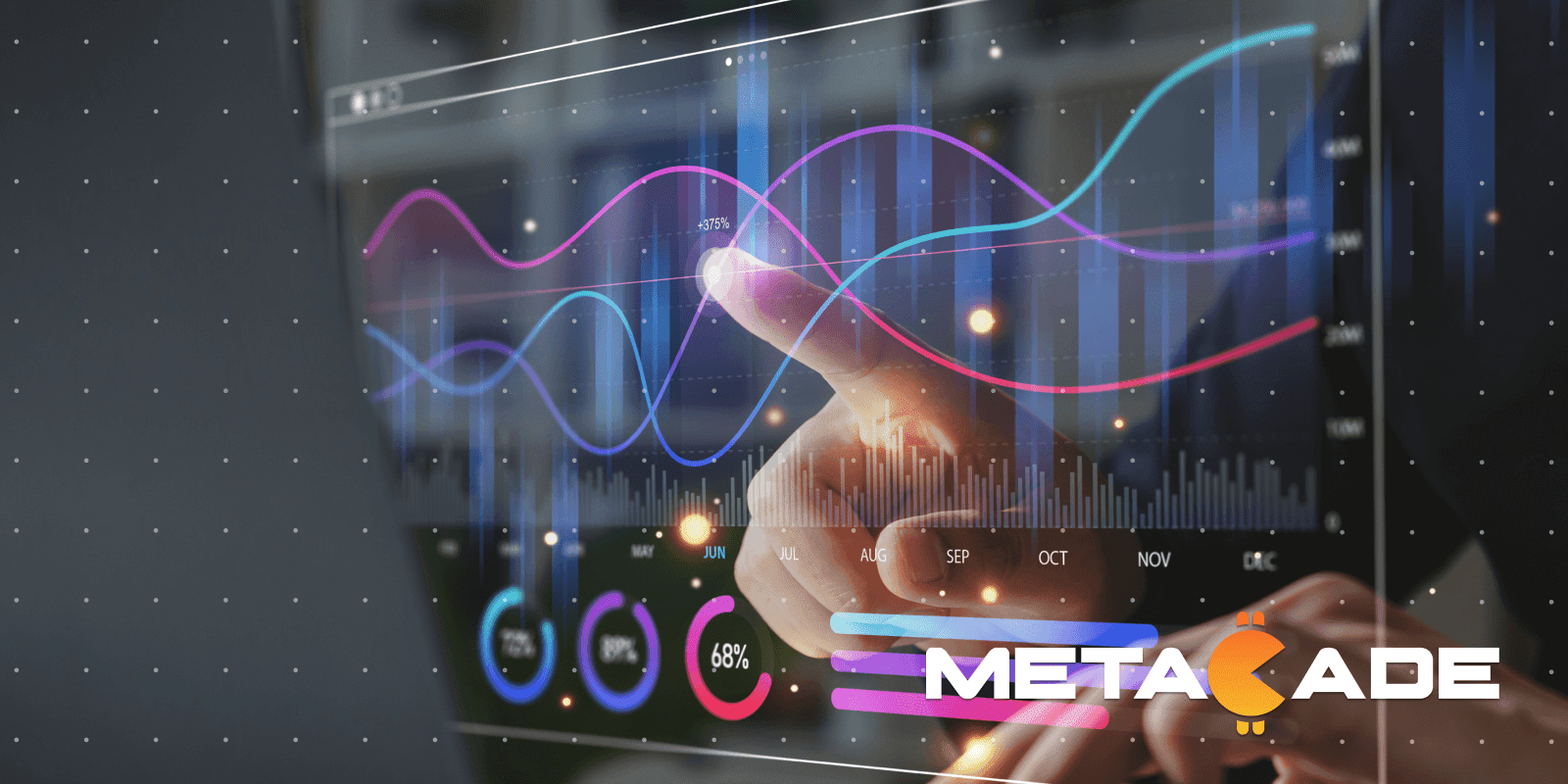 When Facebook announced its rebranding to Meta back in October 2021, games like Decentraland and The Sandbox were propelled into the limelight. According to Global Market Estimates, the market for metaverse gaming is predicted to increase from $36.8 billion in 2022 to $710.2 billion in 2027, therefore investing in high-potential metaverse projects has become a top priority for investors.

In this article, we’ll show you how a new project known as Metacade stacks up against Decentraland and The Sandbox.

A 3D world called Decentraland was created using the Ethereum network. Users can create pretty about anything they can think of in this virtual environment, including games, lodging, casinos, transportation, and more. All of this takes place on the virtual land of Decentraland, which is represented by the LAND non-fungible token (NFT), which can be purchased and sold on the Decentraland marketplace for a profit using the MANA token.

A virtual avatar is used by users to interact with the environment around them. You can also purchase wearables on the Decentraland marketplace, like as hairstyles, watches, suits, shoes, and evening gowns, to alter these avatars to fit your personal style. One pair of sneakers was sold for as much as $7.3k, according to NFT Stats!

In the end, Decentraland is entirely decentralized and owned by no one organisation or individual. This implies that, unlike some other games, such as Meta’s Horizon Worlds, its players are the ones who decide how Decentraland will develop in the future.

What is The Sandbox?

Along with Decentraland, The Sandbox is one of the most well-known metaverse initiatives. The Sandbox is a 3D virtual world that utilises the Ethereum blockchain, similar to Decentraland. The Sandbox places a strong emphasis on gaming experiences, which is the primary distinction. Users of The Sandbox can construct full games with missions, user-made items, and programmable characters.

The difference is that The Sandbox gives users the opportunity to fully control their works, even though other development platforms have provided comparable features for more than a decade. As ASSET NFTs, special objects can be created and then exchanged in the marketplace of The Sandbox. Additionally, it is simple to buy and sell full games, which are represented by the GAME token.

The VoxEdit and Game Maker tools included with The Sandbox enable all of this. Users who have no prior knowledge with game creation can nonetheless construct their own original items using the VoxEdit platform and create virtual games using the Game Maker.

A brand-new metaverse gaming initiative called Metacade seeks to become the leading community destination for all things Web3 gaming. Users go there to socialise with other gamers who share their interests, learn how to maximise the benefits of the newest metaverse games, increase their Play2Earn income, and establish connections with some of the most brilliant minds in blockchain gaming.

But Metacade’s ultimate objective goes much beyond that. Their goal is to create a platform wholly owned by the community behind some of the most outstanding games and technological advancements in GameFi, one of the world’s fastest-growing businesses.

What Makes Metacade So Unique?

For everyone trying to gain an advantage in GameFi, Metacade wants to be their final stop. In order to achieve this, users are being rewarded with the MCADE token for sharing reviews, the best Web3 alpha, and information that aids those wishing to explore the world of Play2Earn. You can get paid to express your knowledge and opinions about games you already enjoy playing. Even more, Metacade intends to offer a testing environment where programmers may hire beta testers to weed out flaws, suggest improvements, and improve their prototypes.

The introduction of Metagrants in late 2023 is one of Metacade’s aspects, nonetheless, that has the greatest potential. Game creators will compete in Metagrants to get cash for their projects after being selected by the Metacade community. Because there can only be one winner, unlike traditional crowdsourcing platforms, only the finest ideas receive the community’s support. Metacade wants to develop into an exclusive online arcade that hosts some of the top Play2Earn games as more titles are added over time.

A decentralised autonomous organisation (DAO), which includes a community-run treasury and leadership posts granted to the platform’s most valuable members, is another goal of Metacade at that stage of development. This will give the public a voice in the future of Metacade and Play2Earn gaming, as well as the direction they would like to see it go.

Investing in Metacade vs. Decentraland and The Sandbox

The main distinction between Metacade and titles like Decentraland and The Sandbox is that the former is a platform where players may locate games, get better rewards for playing them, and contribute to their creation. Metacade’s growth is directly related to the increasing metaverse and Web3 game industry, making it a far safer bet than Decentraland and The Sandbox, which depend on players finding enough value in their platforms.

These two games are now having difficulties, according to BeinCrypto. The Sandbox has 616 players online as of October 10, whereas Decentraland only had 379. Even though these games come and go, Metacade is ideally situated to benefit from the expansion of the industry as a whole. Considering that Metacade has not yet become widely accepted, MCADE may be one of your greatest investments for the development of Web 3.

You can buy Decentraland and The Sandbox at eToro here.