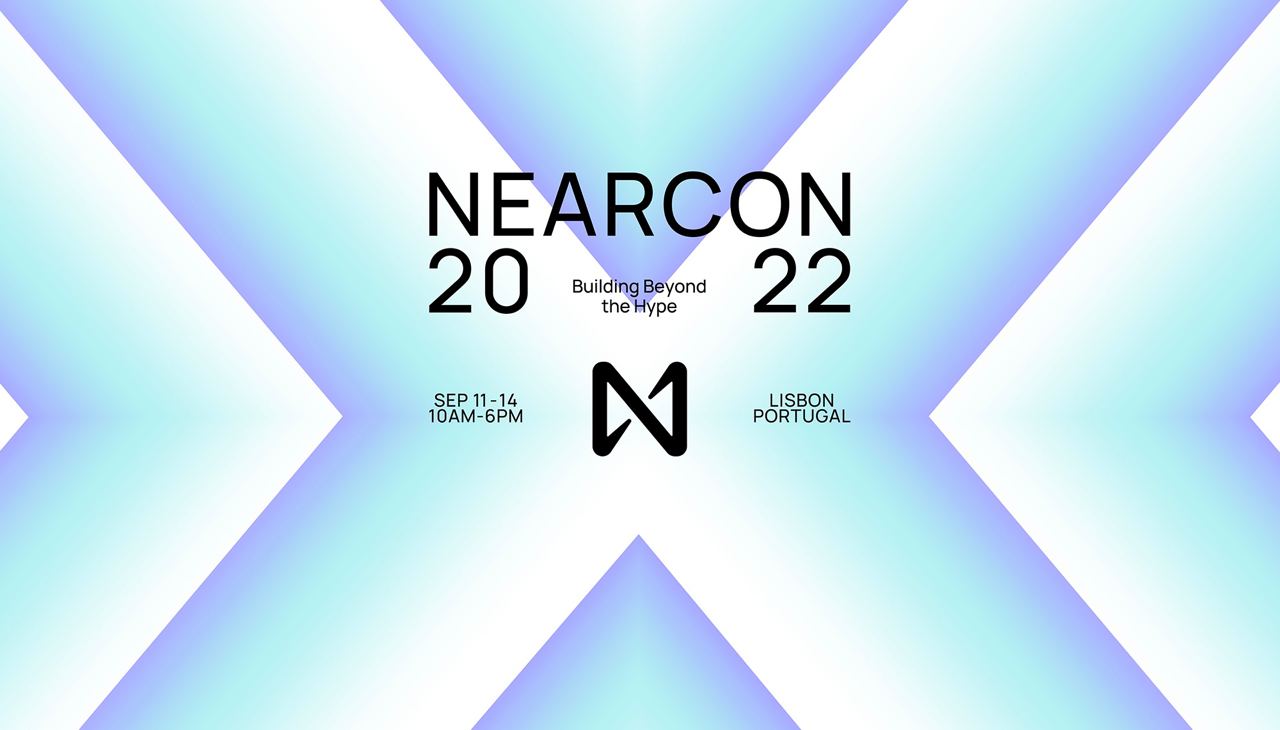 Following the relaxed opening party, the jam-packed conference got started with keynote speakers delivering crucial messages, booths displaying valuable products, fun side events, and nonstop networking. During the opening speech, NEAR Foundation officials Jack Collier and David Morrison said this year’s event was five times larger than last year’s and announced an NFT hunt, with seven digital collectibles to collect, creating a fun and game-like atmosphere throughout the conference.

Several crucial collaborations took place within the Near ecosystem, all bringing a lot of creative energy, and sure to have a significant impact on the entire crypto industry.

Partnerships and events to advance Web3

Below are the most important ones you should know.

Below is a summary of the coolest sessions from speakers on the first day of NEARCON.

“A year ago I remember going to NEARCON incognito. I was trying to figure out what was going on on the ground. We had around 700 participants. And this year it is absolutely phenomenal to see that we are sold out way earlier than we could possibly envision. Not only that, I think that diversity and the representation that we have is absolutely astonishing. 176 countries, 38% of participants are women – I think that’s a true representation of the NEAR community,” NEAR Foundation CEO Marieke Frament said.

During Marieke Frament’s next speech during the day, she explained the foundation’s role as follows: 1) Raise awareness of NEAR, dejargonize, simplify language; 2) Provide financial support for the ecosystem development and connect projects so that they can thrive and grow; 3) Facilitate decentralized governance.

“When we started developing NEAR, our main aim was to build something for developers, creators. We ourselves wanted to use blockchain for our own use case, application. We want to celebrate this today. We are not building our blockchain around a vague promise, we build things to be used,” Co-Founder of NEAR Protocol Ilia Polosukhin said.

The NEAR Protocol’s future vision for the next five years envisions 1 billion users and removing barriers to Web3 by 2027.

In his speech entitled The Other Merge: Google Cloud on Bridging Web2 and Web3, former Citigroup executive James Tromans, who leads the Google Cloud Platform, said that the long-term challenge is how to onboard a larger user base. His view is that we need a lot more developer activity and make it easier for developers to build web3 applications. To build faster, safer applications, Google Cloud wants to learn from the community, see what people are building, and develop fitting instruments, he said.

“The outcome of Web3 really is, is the choice. It is an ability to not use a federative login provider if you don’t want to. Ability to be in control of your data, to keep it in your wallet if you want to. It is about being in control of your own digital identity,” James Tromans said.

Yat Siu, the co-founder and chairman of Animoca Brands, discussed the possibilities of transitioning to Web 3.0, which would include the Metaverse. According to Yat, social groups are already digitally dependent: “If you think about what we do when we wake up, most of the day and before bed ― our mental attention is entirely online. In some ways, we are already in the metaverse.”

“In the first place, the conference is an excellent networking opportunity. Potential partnerships are discussed in a relaxed setting. People meet the right people with the right tools when they’re at the right place at the right time. Having the opportunity to learn what people want here is a great opportunity for me as a marketing specialist,” Ilya Romanov said.

He also commented on the launch of USDT on NEAR: “The ecosystem is expected to grow rapidly as a result of this new source of liquidity, with more active users and transactions occurring more frequently. Tether seems to be a very helpful tool in that regard.”

NearPay’s COO, Ivan Ilin, commented on the Near Foundation’s launch of a $100 million VC fund:

“It’s fair to say that crypto companies openly discuss the crypto winter, as fewer people are entering the market. The rise in interest rates leads to a decrease in institutional investment in crypto projects. In the same way as with new users, it’s challenging to attract them. The launch of the $100 million VC fund is an optimistic sign that the NEAR ecosystem can grow and new projects will emerge. Even though there is a crypto winter going on right now, it is the richest one ever. The industry’s future seems bright in light of this.”

The post Daily Highlights & Impressions of NEARCON 2022: Day One appeared first on Invezz.