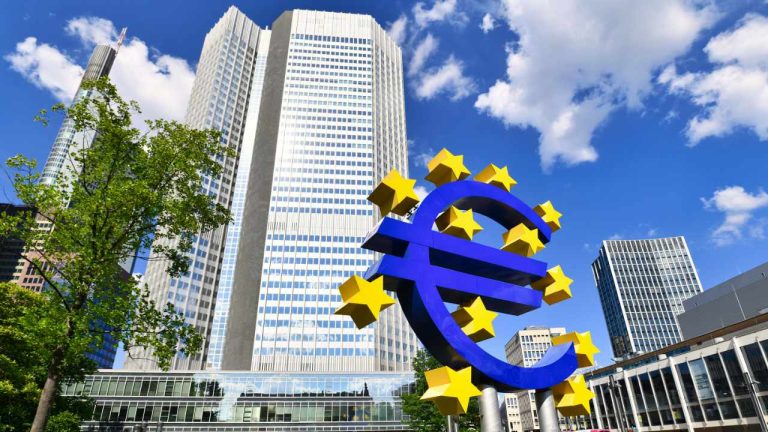 The European Central Bank (ECB) has selected five companies to help develop user interfaces for a digital euro. Each company will work with the ECB and focus on one specific use case of the digital euro. Amazon has been chosen to focus on e-commerce payments.

The European Central Bank (ECB) announced Friday that it will collaborate with five companies “to develop potential user interfaces” for a digital euro.

The aim of this prototyping exercise is to test how well the technology behind a digital euro integrates with prototypes developed by companies.

Each selected company will collaborate with the ECB and focus on one specific use case of a digital euro.

The five companies were chosen from a pool of 54 front-end providers, the European central bank detailed, adding that they best matched the “specific capabilities” required for the assigned use case.

The prototyping exercise is an important element in the ongoing two-year investigation phase of the digital euro project. It is expected to be completed in the first quarter of 2023 when the ECB will also publish its findings.

“Simulated transactions will be initiated using the front-end prototypes developed by the five companies and processed through the Eurosystem’s interface and back-end infrastructure,” the ECB noted. “There are no plans to re-use the prototypes in the subsequent phases of the digital euro project.”

The ECB formally started investigating what its central bank digital currency (CBDC), a digital euro, might look like in October last year, noting that the investigation phase should last about two years. ECB President Christine Lagarde said in February that a digital euro will not replace cash but will complement it. “A digital euro would give you an additional choice about how to pay and make it easier to do so, contributing to accessibility and inclusion,” she explained.

What do you think about the ECB choosing these five companies to develop user interfaces for a digital euro? Let us know in the comments section below.