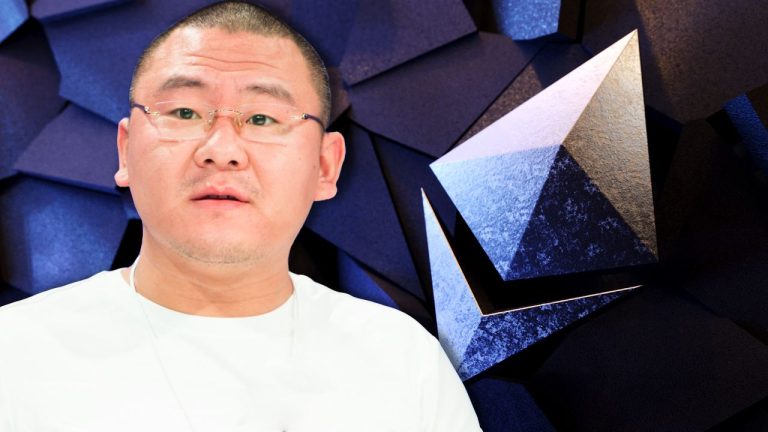 The U.S. dollar value of the recently airdropped coin native to the forked Ethereum proof-of-work (PoW) blockchain will be at par with that of ether, Chandler Guo, the instigator of the latest Ethereum hard fork, has said. Guo added that he expects the value of the token, which is currently “very cheap,” to grow by 100x in ten years’ time.

According to Chandler Guo, the self-appointed organizer of the recent Ethereum hard fork, Ether (ETH) and the recently airdropped, proof-of-work ETHW will have the same USD value in ten years. Guo argued that the new token, which currently trades at just a fraction of its September 15 high, still has the potential to grow by 100x.

In an interview with Bitcoin.com News, Guo claimed that the current price of the forked coin is “very cheap,” hence the scope for it to grow by 100x exists. Guo, a former bitcoin and ethereum miner, nonetheless concedes that the forked blockchain has a lot of catching up to do before this hundred-fold growth is achieved. He explained:

Currently, ETH price is high because there are many developers and over 200 different projects running on top of the Ethereum PoS [proof-of-stake] blockchain. On the other hand, there are less than 10 projects on the ETHW.

He added: “Things are happening step-by-step and after one year I think there will be over 100 projects running on top of the PoW chain.”

Besides the launch of exchanges and bridges on the new chain, the protocol’s daily trade volume has been rising since The Merge. While the data from Coinmarketcap on September 21, 2022, suggests that the ETHW’s daily traded volume was just above $100 million, Guo however insists that the actual volume is closer to $1 billion.

“[Already] the trading volume of ETHW is huge. Today it’s almost a billion dollars. [As of today] ETHW [is] supported by more than 20 mining pools, and 2000 miners from around the world. More than 30 exchanges have listed ETHW,” claimed the former miner.

Just under a month before The Merge, Bitcoin.com News reported that a team led by Guo had confirmed that another Ethereum chain split was coming. However, as soon as the migration to PoS was concluded, two alternative chains emerged: the ETHW blockchain and Ethereumfair (ETF).

Commenting on the other coin’s prospects, Guo, who gained prominence after he played a part in the Ethereum blockchain’s 2016 hard fork, said:

I know another team has forked ETH but nobody is mining there, nobody is listing their token. Only a few exchanges and mining pools. It [the success of a fork] all depends on who forked the ETH. I did not fork this so that I could benefit from this. But others fork for their own good or benefit. That’s why they get rich from that — I do not [do] that.

Meanwhile, prior to the Ethereum blockchain’s switch from a PoW to a PoS consensus mechanism, it was widely reported this would result in the protocol’s use of energy dropping by more than 99%. As expected, climate change advocates have applauded the September 15 Merge, which some miners now fear will embolden opponents of the PoW consensus mechanism.

When asked to respond to the argument that bitcoin mining harms the environment, the former miner outrightly rejected this assertion. He said instead of buying electricity from power companies, bitcoin miners — particularly from China — often prefer using “abandoned energy” which is cheaper.

Abandoned energy can be natural gas or hydroelectricity which is not currently being utilized, he said. According to Guo, in regions like Kazakhstan and Russia where miners are harnessing such energy to mine bitcoin, local communities have benefited.

Meanwhile, concerning reports that the Ethereum Merge may have given the U.S. Securities and Exchange Commission (SEC) grounds to launch or institute some kind of proceedings against the blockchain’s co-founders, Guo remarked:

“I think Vitalik [Buterin] and the boss behind him, his name is Joseph Lubin. This guy knows how to fix this problem because he has got links with Wall Street. He knows how to deal with the SEC.”