Euro Taps a $0.973 Low Against the US Dollar, Analysts Claim British and EU Currencies Are Trapped in a ‘Doom Loop’ 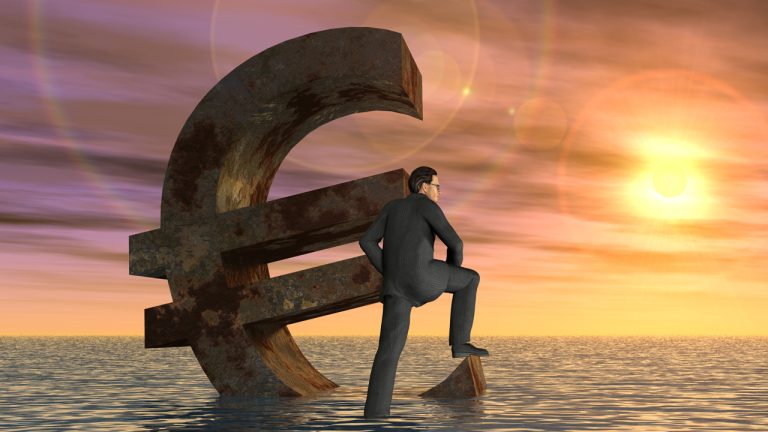 On Friday, the official fiat currency of 19 out of the 27 member states of the European Union (EU), the euro, plunged to a low of $0.9732 against the U.S. dollar. The drop comes at a time when fiat currencies like the yen, yuan, and pound have struggled against the greenback during the past six months. Analysts claim the pound and euro are trapped in a “doom loop” and it’s also been said that the U.S. dollar is “the only possible hedge” against a failing global economy.

Strange days have found us in the world of finance, fiat currencies, stocks, bonds, and cryptocurrencies. On Friday, September 23, the European Union’s fiat currency the euro has been struggling against the U.S. dollar and slipped below parity as the weekend nears. The euro is currently trading for $0.97 and it tumbled to a low of $0.9732 during the morning trading sessions (10 a.m. ET). The euro has lost more than 1% against the greenback in 24 hours and it’s the lowest it’s been in 20 years.

Bloomberg contributors Sofia Horta e Costa and Ruth Carson recently referenced analysts from Citigroup Inc. and the views of the Canadian Imperial Bank of Commerce. “The surging dollar has caused a lot of people to believe the only safe haven asset is the U.S. currency,” the writers explained last week. The duo received a research note from Citi strategists Jamie Fahy and Adam Pickett who discuss the phenomena surrounding the U.S. dollar.

As we said during this most recent dollar correction lower, nothing has really changed fundamentally and the global backdrop continues to favor the dollar and U.S. assets in general.

Strategists at TD Securities believe the euro and pound are stuck in a “doom loop” and the company’s analysts think it may get worse over the next few months. TD Securities strategists working alongside James Rossiter detailed on Friday that the doom loop is caused by weak economic growth and rising energy costs.

The TD Securities analysts think the sterling pound will sink another 3% from current standings. Rossiter and the team at TD say the European Central Bank (ECB) and the Bank of England (BOE) can only do so much.

“While both the ECB and BOE want to slow and eventually reverse this loop, monetary policy can only limit the slowdown significantly ahead of the coming winter,” the currency strategists remarked. “Policymakers can’t produce the needed energy supply.”

What do you think about the euro slipping to $0.9733 against the U.S. dollar and the analysts predictions concerning the fiat currency? Let us know what you think about this subject in the comments section below.