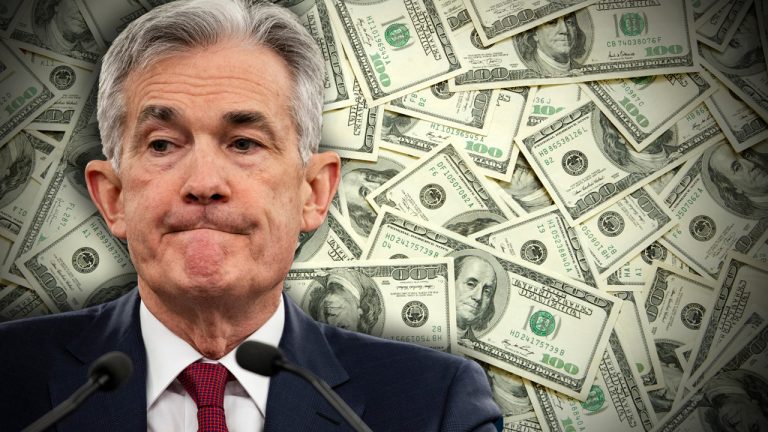 On September 21, 2022, the U.S. central bank and Fed chair Jerome Powell increased the benchmark bank rate by 75 basis points (bps). The Fed’s federal funds rate is now coasting along at 3.25%. The decision follows the recent CPI report published by the U.S. Bureau of Labor Statistics and Fed officials like Powell noting that that the American economy may feel “some pain.”

The Fed’s 75bps rate hike is the third three-quarters of a percentage point raise in a row. During the last rate hike, senator Elizabeth Warren (D-Mass) said if the Fed wasn’t careful the central bank could “trigger a devastating recession.”

Prior to the 75bps rate hike in July, the U.S. central bank increased the federal funds rate by three-quarters of a percentage point on June 15, 2022. It was the largest Fed rate hike since 1994 when the 13th chair of the Federal Reserve Alan Greenspan codified the 75bps hike that year.

On Wednesday, the Fed said: “The committee seeks to achieve maximum employment and inflation at the rate of 2 percent over the longer run. In support of these goals, the committee decided to raise the target range for the federal funds rate to 3 to 3-1/4 percent and anticipates that ongoing increases in the target range will be appropriate.”

The committee’s assessments will take into account a wide range of information, including readings on public health, labor market conditions, inflation pressures and inflation expectations, and financial and international developments.

Many investors and economists believe the rate hike was priced in already by markets. Prior to the Fed’s three-quarters of a percentage point hike, a few economists and analysts predicted there was a slight chance the U.S. central bank would raise the rate by a full-percentage-point (100bps).