Ghanaian Currency Slips to Another Low Versus the US Dollar 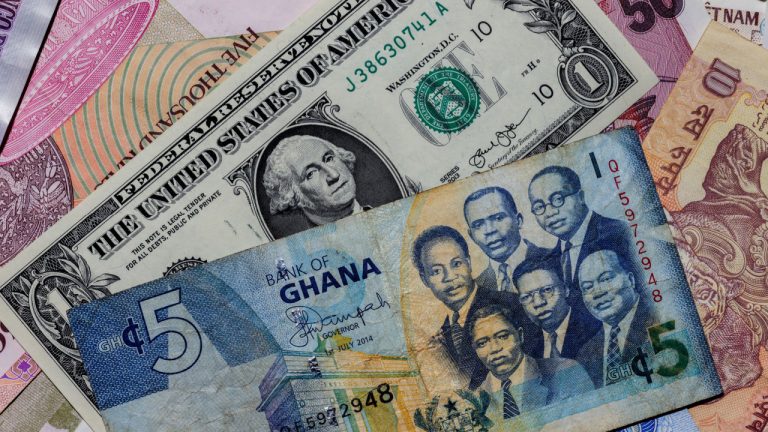 The Ghanaian cedi was the most recent African currency to reach a new low against the US dollar after it fell to a rate of roughly 12:1, even though this occurred on the unofficial foreign exchange market. The cedi, which peaked in 2022 at approximately 6.25 per dollar, has since lost over 90% versus the rising dollar.

Protest Against the Cedi’s Depreciation

Recently, the unofficial exchange rate of the Ghanaian cedi to the US dollar reportedly dropped to C12.10:$1, making it the latest African currency to reach a new low in 2022. With this most recent depreciation, the cedi has now lost almost 90% of its value in just over ten months. It started the year trading at about 6.25 to the dollar.

Along with the Ghanaian cedi, the South African rand, the Ethiopian birr, and the Nigerian naira are other African currencies that have declined in value against the US dollar. According to Bitcoin.com News, the U.S. The U.S. dollar is strengthening against several other currencies due to the Federal Reserve’s aggressive monetary tightening stance, which has seen it raise interest rates frequently. In response, many nations, including Ghana, have experienced increased inflation.

The Ghanaian Statistical Service (GSS) recently reported that the country’s year-over-year inflation rate for September was 37.2%. This number represents an increase of 3.3 percentage points from the rate in August. However, the latest numbers from the statistical agency show that prices only rose by 2% between August and September.

Another development is the GSS’s announcement that it has modified how it determines the inflation rate. A government statistician named Samuel Kobina Annim reportedly stated that the base year had been limited from 2018 to 2021. The weights of the regions were also changed.