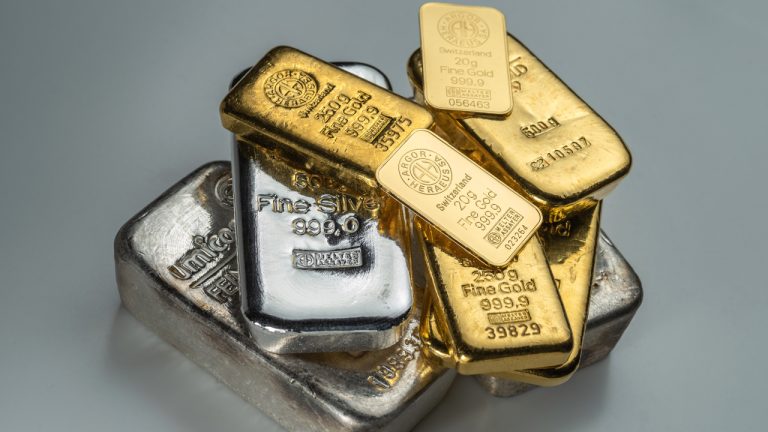 Precious metal markets have shuddered during the last few weeks, as gold’s price per ounce nears a six-week low hovering just under $1,700 per unit. Silver crashed through the $18 range slipping to $17.80 per ounce. While both gold and silver dipped between 0.85% to 0.89% against the U.S. dollar in 24 hours, platinum dropped 2.82% and palladium shed 4.18% against the USD during the last day.

Despite Scorching Global Inflation, Gold Hasn’t Been a Safe Haven in 2022

While the entire world is suffering from red-hot inflation, many would assume that the world’s precious metals would be a safe haven against the surging prices. That hasn’t been the case in 2022, despite the U.S. and the Eurozone inflation rate rising above 9% this summer.

Furthermore, any investors who bought gold at the lifetime price high on March 8, lost roughly 18.09% in USD value since that day. Platinum, palladium, and rhodium values have seen similar declines in value and even more volatility than gold and silver.

Precious metals (PMs) have long played a key role in the global economy and traditionally, PMs like gold and silver have been seen as a hedge against inflation. However, this has not been the case in 2022, and the blame is being placed on a robust greenback and the Federal Reserve hiking interest rates.

The fxstreet.com analyst Dhwani Mehta explained on Thursday that gold prices could drop even lower from here, if gold bears hold the market reigns. “The Technical Confluence Detector shows that the gold price is gathering strength for the next push lower, as bears aim for the pivot point one-day S2 at $1,700,” Mehta wrote on September 1. The fxstreet.com analyst added:

If sellers find a strong foothold below the latter, a sharp sell-off towards the pivot point one-day S3 at $1,688 will be inevitable.

“There is continued pressure on gold from Powell’s last week comments that raised [the] expectation of a more aggressive Fed,” Meger said. “Gold being a non-interest bearing asset will have more competition.”

Moreover, the U.S. Dollar Index tapped a 20-year high of 109.592 on Thursday, and the reasoning behind the robust greenback is being placed on an aggressive Fed, according to a Reuters report published on September 1.