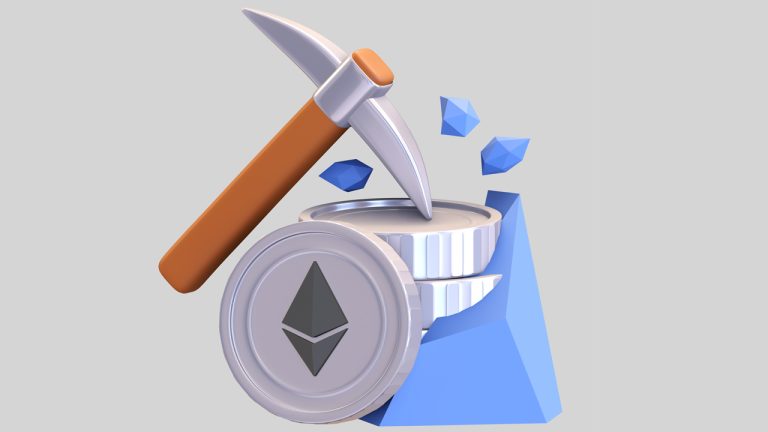 A Securities and Exchange Commission filing filed on September 16 shows that the company Grayscale Investments has declared “distribution of rights to Ethereum Proof of Work Tokens.” The newly launched ETHW blockchain went live on September 15 and roughly 50-60 terahash per second (TH/s) of hashrate is dedicated to the new network. Grayscale notes that there’s “uncertainty as to whether digital asset custodians will support” the newly launched ETHW coin.

The world’s largest crypto asset manager by assets under management (AUM), Grayscale Investments, filed a declaration with the U.S. Securities and Exchange Commission (SEC) for rights to the newly launched ETHW.

During the last 24 hours on September 16, ETHW’s 24-hour price range has been between $8.06 per unit and $14.20 per unit. Moreover, ETHW’s hashrate is around 56.95 TH/s according to data supplied by the mining pool 2miners. Grayscale has two funds that will reap the benefits of obtaining the ETHW coins referred to in the filing as “ETHPoW tokens.”

Grayscale details that if it’s able to sell the ETHPoW tokens it will remit the cash proceeds after taking into account the fees incurred from the sale. The filing notes that the ETHW rights stem from the Grayscale Digital Large Cap Fund and the Grayscale Ethereum Trust.

“The trading venues for ETHPoW tokens are not broadly established given that the Ethereum Proof of Work Network was publicly launched on September 15, 2022, and there is uncertainty as to whether digital asset custodians will support ETHPoW tokens or if trading markets with meaningful liquidity will develop,” Grayscale explains. The company also says it’s not possible right now to predict the current value of the net sale.

“In the event digital asset custodians do support ETHPoW tokens and trading markets do develop, it is expected that there will be widely fluctuating values for ETHPoW tokens for some time,” Grayscale’s filing says. “As a result of this uncertainty and the potential for significant volatility in prices it is not possible to predict the value of rights to ETHPoW tokens.”

Grayscale is not the only company with an ethereum (ETH) based fund that will be doing something with the ETHW fork. Last week, Etc Group detailed it would list an exchange-traded product (ETP) based on the newly launched digital asset. A handful of other ethereum (ETH) based funds exist and if they hold ETH they will have the rights to ETHW tokens on a 1:1 basis.