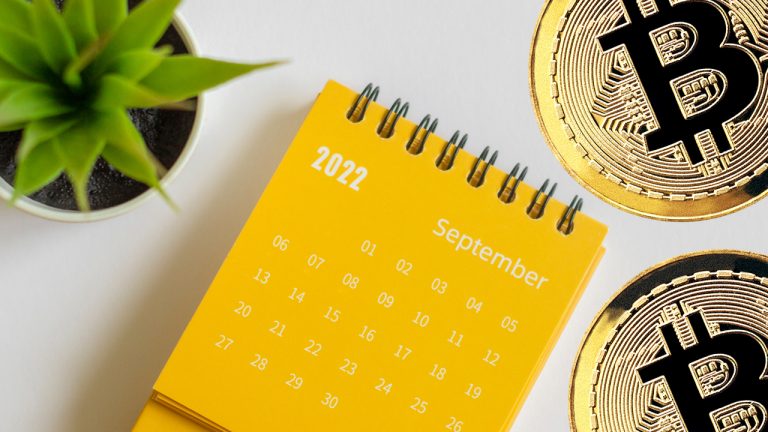 Half of September has passed and bitcoin traders are curious about where the price is headed next, as September is traditionally a bearish month for crypto prices. Furthermore, October is known to be a bullish month as bitcoin has been profitable in October more than 77% of the time. Data shows the leading crypto asset’s price trend may not break September’s historical trends, but very well could see a revival next month.

This month’s bitcoin price data indicates that bitcoin (BTC) is following the same trend it has followed over the last decade. Typically BTC prices in September are awful and this month has been no different. 3,303 days ago, bitcoin prices slipped from $240 per unit to $138 per bitcoin on September 1, 2013. Bitcoin prices were in the red in September 2014 as well, as BTC’s U.S. dollar value started the month at $482.28 per unit. BTC’s USD value slipped that month 21.79% lower to $377.18 per coin by the end of September 2014.

Most people remember what happened in 2021, as BTC’s price was lower and bearish sentiment engulfed the trading community last September. While BTC had a sub-par month in September 2021, the price rebounded in October and it reached a lifetime price high on November 10, 2021. The last decade of bearish September months has made it so traders would like to be woken up when the month ends, as October bulls could revive the price. The patterns over the last decade show that while September is typically bearish, October is usually bullish in contrast.

Moreover, BTC’s price during the last two weeks has already dropped lower, after a brief spike that took place before The Merge. Kitco.com market analyst Jim Wyckoff noted on Friday that BTC markets are quiet and consolidating. “Price action is quieter, sideways and choppy, with bulls and bears on a level overall near-term technical playing field,” Wyckoff explained on September 16. “A drop in prices below chart support at the September low would give the bears fresh power to suggest a new leg down in prices. A move in prices above chart resistance at this week’s high would recharge the bulls, to suggest further gains,” the analyst added.

However, the crypto economy has been correlated with U.S. equities during the last 12 months or more and next week, the U.S. Federal Reserve is expected to raise the benchmark interest rate by 75 basis points. It’s quite possible that bitcoin (BTC) prices drop another leg down after the federal bank rate is increased. If the crypto economy does drop lower, it’s also quite possible a rebound in October could come to fruition as price patterns have shown in the past.