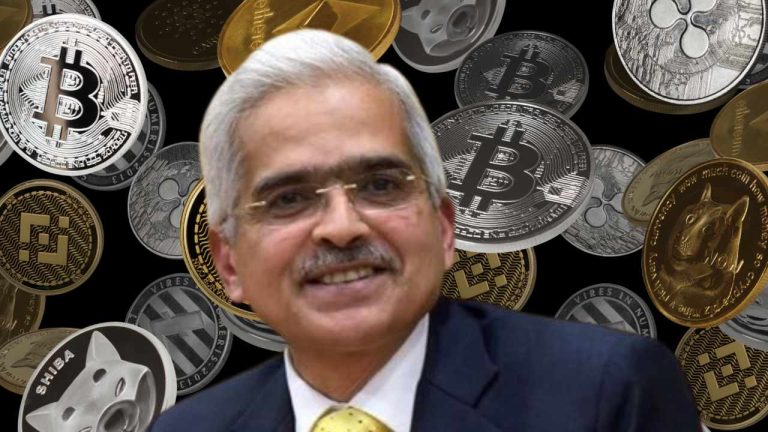 The Indian central bank has restated its position in favor of outlawing digital currencies like bitcoin and ether. The governor of the Reserve Bank of India (RBI) compared bitcoin trading to gambling. He said cryptocurrencies “would weaken the RBI’s authority and cause the economy to become dominated by the dollar.”

Das stressed that the central bank’s view is to ban cryptocurrencies like bitcoin and ether completely, India Today reported, quoting him as saying: “RBI’s position on crypto is very clear — it should be banned.”

The governor of the Indian central bank highlighted the fact that cryptocurrencies have no inherent value by describing:

The Indian central bank director emphasized that “anything whose valuation is based on make-believe is nothing but 100% speculation, or to put it clearly, it is gambling.” We don’t allow gambling in our country. Treat gambling like gambling and set laws if you wish to allow it.

Reiterating that he does not see crypto as a financial product, the central banker said:

Cryptocurrency masquerading as a financial product or a financial asset is a completely misplaced argument.

Das also warned about the risks crypto poses to the Indian economy. He cautioned:

In May of last year, RBI officials issued a similar caution, stating that crypto could result in the dollarization of a portion of the Indian economy, “which will be against the country’s sovereign interest.”

At the moment, there is no cryptocurrency regulatory structure in India. For some years, the government has been working on a cryptocurrency bill. To create a technology-driven legal framework for crypto assets, the Indian government plans to discuss crypto legislation with the G20 nations, according to Nirmala Sitharaman, the country’s finance minister, in October of last year.

What do you think about RBI Governor Shaktikanta Das’ statements? Let us know in the comments section below.