‘Investors Are Running out of Havens’ — Erratic Behavior in US Bond Markets Points to Deep Recession, Elevated Sovereign Risk 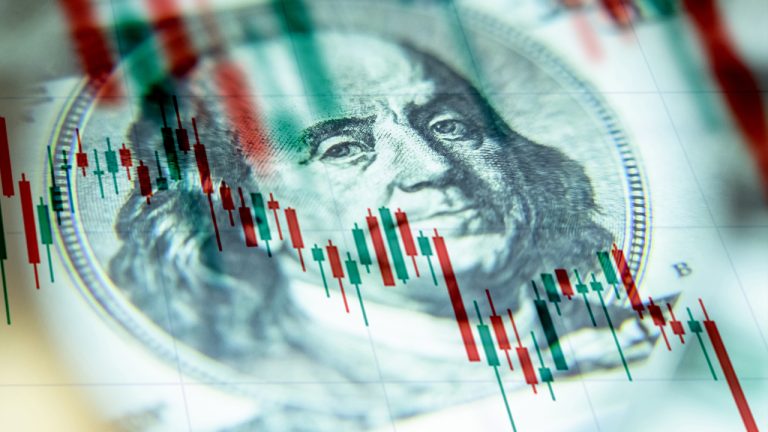 Yields on long-dated U.S. Treasuries have been erratic this year and this week, the 10-year Treasury yield crossed 3.5% for the first time in a decade. Following the Fed’s 75bps (basis points) rate hike, 10-year notes reached 3.642% and two-year Treasury notes jumped to a 15-year high at 4.090%. The curve between the two- and 10-year notes indicates the chances of a deep U.S. recession have grown stronger, and recent reports say bond traders have been “confronted with the wildest volatility of their careers.”

At the end of July, after the second consecutive quarter of negative gross domestic product (GDP), a number of economists and market strategists stressed that the U.S. is in a recession. However, the Biden administration disagreed and the White House published an article which defines the start of a recession from the National Bureau of Economic Research’s perspective. Additionally, red-hot inflation has been wreaking havoc on Americans, and market analysts believe that rising consumer prices also point to a recession in the United States.

One of the biggest signals, however, is the yield curve which measures long-term debt with short-term debt by monitoring two and 10-year Treasury note yields. Many analysts believe an inverted yield curve is one of the strongest signals that points to a recession. The inverted yield curve is unusual but not in 2022, as bond traders have been dealing with a crazy trading environment this year. This week, two- and 10-year Treasury note (T-note) yields broke records as the 10-year T-note surpassed 3.5% on September 19, for the first time since 2011. On the same day, the two-year T-note tapped a 15-year high reaching 3.97% for the first time since 2007.

Despite the fact that such bond market volatility is usually a sign of a weakening economy in the U.S., professional traders claim bond markets have been exciting and “fun.” Bloomberg authors Michael MacKenzie and Liz Capo McCormick say bond markets are “characterized by sudden and sweeping daily swings that are typically a favorable environment for traders and dealers.” Paul Hamill, the head of global fixed income, currencies, and commodities distribution at Citadel Securities agrees with the Bloomberg reporters.

“We are right in the sweet spot of rates really being an interesting market, with clients being excited to trade,” Hamill explained on Wednesday. “Everyone is spending all day talking to clients and talking to each other. It’s been fun.”

However, not everyone thinks the equity and bond market volatility is all fun and games. The chief strategist at bubbatrading.com, Todd ‘Bubba’ Horwitz, recently said that he expects to see “a 50 to 60 percent haircut” in equity markets. The recent U.S. Treasury yield fluctuations have given market strategists reasons to be concerned about looming economic issues. During the first week of September, Lead-Lag Report publisher and portfolio manager, Michael Gayed, warned that the erratic bond market could spark a sovereign debt crisis and “several black swans.”

Studies and empirical evidence show a volatile U.S. Treasury note market is not good for foreign countries holding U.S. T-notes and dealing with significant debt issues. That’s because when U.S. T-notes are leveraged for restructuring purposes and a resolution tool, “sudden and sweeping daily swings” can punish countries trying to use these financial vehicles for debt restructuring. Additionally, since the Covid-19 pandemic, the massive U.S. stimulus programs, and the Ukraine-Russia war, sovereign risk has elevated across the board, in a myriad of countries worldwide.

On Wednesday, Bloomberg authors MacKenzie and McCormick also quoted Ian Lyngen, the head of U.S. rates strategy at BMO Capital Markets, and the analyst noted that the existence of so-called financial safe havens is waning. “This will be a defining week for Fed rate expectations between now and the end of the year,” Lyngen said just before the Fed raised the federal funds rate by 75 basis points. Lyngen remarked that there’s a “[sense of investors] not wanting to be long the market. As we shift to a truly aggressive monetary policy stance, investors are running out of havens.”

What do you think about the erratic bond markets in 2022 and the signals that show the economy and safe havens are unreliable these days? Let us know what you think about this subject in the comments section below.