Is it safe to buy Tesla stocks after surpassing $300/share? 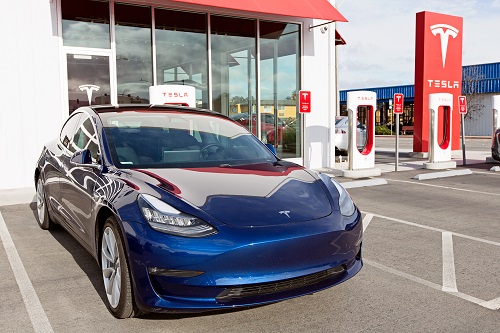 Tesla’s stock price (NASDAQ:TSLA) surged during the COVID-19 pandemic. Investors viewed it as a vehicle for speculation and bought it aggressively, even though the company never paid a dividend.

Many factors contributed to the rally. For instance, Tesla’s announcement that it invested in Bitcoin during the pandemic triggered a wave of buying from crypto fans, pushing to new highs.

But in 2020, the stock price halved. Tesla was brought down by the general weakness in the stock market.

Nevertheless, it bounced from the lows, and recently it closed above $300/share. So should you buy Tesla stocks on the recent strength?

Electric vehicles or EVs have increased in popularity in recent years. As a result, many countries have decided that it is time to reduce their carbon footprint and go green.

One way to do so is to incentivize the population to purchase an EV. As such, in Norway and other Nord European countries, almost every new car sold is an EV.

Also, in the United States, California wants 100% EVs by 20135. California leads the nation in EV adoption, meaning that other states will follow the same path, thus a positive for Tesla’s stock price.

Since the start of the year, Tesla’s stock price has declined with the overall stock market. Tighter financial conditions led to investors fleeing stocks, scared away by a central bank that chases higher inflation.

But the stock bottomed.

It formed a triangle that acted as a reversal pattern in the $240/share area and then advanced to $300/share. One can notice an inverse head and shoulders pattern with a measured move pointing to more upside, above $400/share.

Therefore, while some investors were scared away from the stock market due to the Fed’s tightening, some others chose to focus on the long term. Tesla’s stock price may easily attempt to break the 2021 all-time highs if the pattern holds.