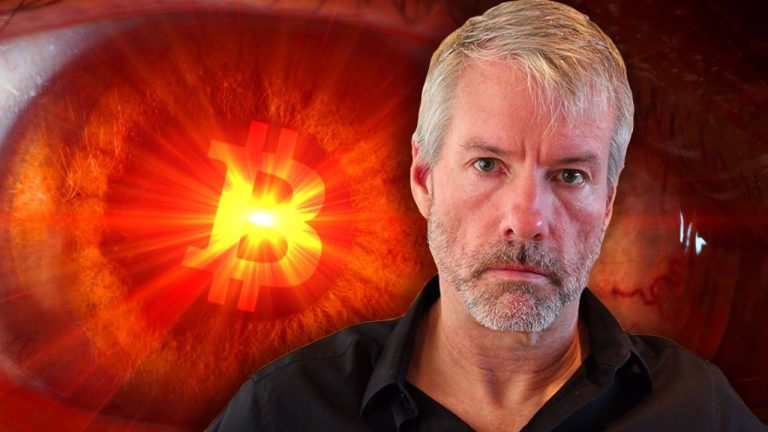 According to Microstrategy’s executive chairman Michael Saylor, his company has recently purchased 301 bitcoin for $6 million at an average price of $19,851 per coin. Saylor detailed that the firm’s balance sheet now holds 130,000 bitcoins as the company’s stash is the largest number of bitcoins held by a publicly listed business today.

Microstrategy Acquires More Bitcoin at an Average Price of $19,851 per Coin

On Tuesday, Michael Saylor announced that Microstrategy acquired 301 BTC for $6 million and the company paid an average price of $19,851 per coin. It’s been a while since Microstrategy purchased bitcoin and the last time it acquired BTC was at the end of June. At the time, the company bought “approximately 480 bitcoins for approximately $10.0 million in cash.”

The purchase on June 28 brought Microstrategy’s BTC stash up to 129,699 bitcoin and the 301 acquired this week makes the company’s bitcoin count an even 130,000 BTC. “Microstrategy has purchased an additional 301 bitcoins for ~$6.0 million at an average price of ~$19,851 per,” Saylor wrote on Tuesday. Microstrategy’s executive chairman added:

Presently, there are no other publicly listed companies with as much bitcoin (BTC) as Saylor’s Microstrategy. However, the trustee from the Mt Gox bankruptcy trial reportedly has 141,686 BTC that will be distributed to creditors at some point in time. The publicly-listed Galaxy Digital Holdings is second to Microstrategy, with roughly 40,000 BTC held on its balance sheet.

As far as private entities, there are two caches of BTC held by private organizations that hold more BTC than Microstrategy and one of them is the Mt Gox stash. Block.one, the team behind EOS, holds approximately 140,000 BTC according to current bitcoin treasury statistics. Following Microstrategy’s purchase of 301 bitcoin, a number of people commented about the company’s recent acquisition.

“Now you are just being greedy Saylor – Please save some for the rest of us,” the Crypto Rand Twitter account said.

What do you think about Microstrategy buying 301 bitcoin on Tuesday? Let us know in the comments section below.