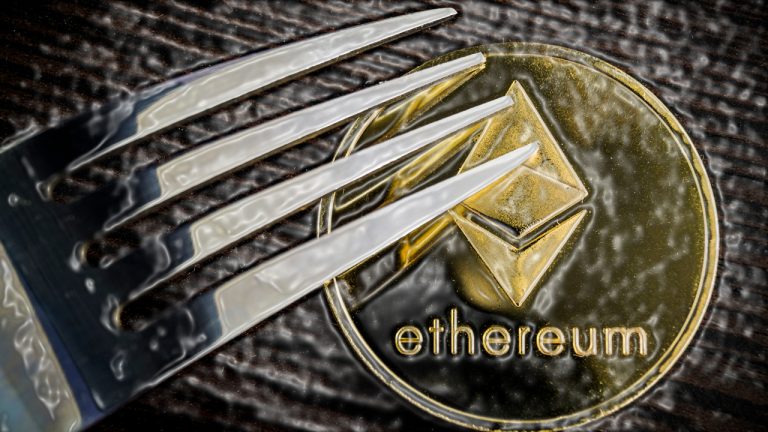 Following Ethereum’s transition from proof-of-work (PoW) to proof-of-stake (PoW) roughly five different crypto assets were the main beneficiaries of Ethereum’s former hashrate. However, 24 hours after The Merge, anonymous developers launched an Ethereum PoW fork called ETHW and the fork has managed to garner 60.92 terahash per second (TH/s) of hashpower. However, ETHW has lost a considerable amount of fiat value, dropping 90.72% from the crypto asset’s all-time high (ATH). The newly launched coin has shed over 39% in value during the past 24 hours.

Ethereum’s transition to PoS has bolstered Ethereum Classic’s hashrate and a small handful of other crypto assets that leverage the Ethash algorithm. The transition has also created a new PoW fork of Ethereum called ETHW, and in prior articles published by Bitcoin.com News, ETHW did not officially exist.

The blockchain is now operational and according to reports, the ETHW project had a few hiccups while starting the network. It was reported that the ETHW core developers mistakenly leveraged a Chain ID that’s tied to the Smart Bitcoin Cash Testnet.

So the new ETHPoW (ETHW) chain uses the same Chain ID as the “Smart Bitcoin Cash Testnet”. shortName “gon” as in “gone” like your coins in a replay attack?🤔Can’t make this stuff up and it just keeps getting better LMAO!!! 😂😂😂😂 https://t.co/1DFl4KyeO7

The mistake caused observers to ridicule the project, but others said that it did not matter that the blockchain devs chose a Chain ID already in use. While the blockchain was in the midst of launch, the ETHW team has been announcing exchanges and mining pools that support the new fork.

On Friday morning (ET), ETHW’s Twitter account tweeted about Huobi, Poolin, Kraken, Dex Screener, Bitrue, Kyber Network, and Math Wallet supporting the new ETHW asset. However, during the last day, the ETHW token has shed more than 39% in USD value and ETHW is down 90.72% from its ATH.

The ETHW project has managed to gather roughly 60.92 TH/s of Ethash hashpower from The Merge. This means ETHW’s hashrate is only 26% of the size of Ethereum Classic’s hashrate at 232.51 terahash per second (TH/s). ETHW’s USD value only represents 36% of ethereum classic’s (ETC) U.S. dollar value when it used to be closer to parity, two days ago.

While ETHW is ranked #2,666, ETC is ranked #19 on September 16, and ETC has $1.46 billion in global trade volume during the past 24 hours. Today, there are two Ethereum-based PoW alternatives but ETC is the reigning champ by price and trade volume alongside the hashrate which is three times larger.

What do you think about ETHW’s recent price action and the 60 TH/s of hashrate the network has managed to gather since The Merge? Let us know what you think about this subject in the comments section below.