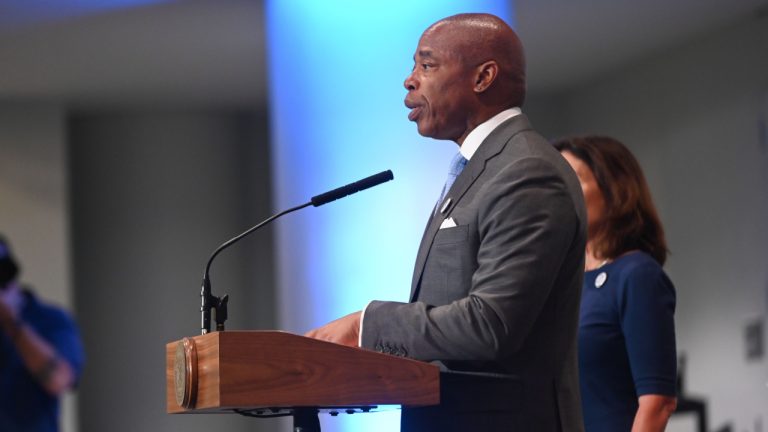 The New York Mayor, Eric Adams, expressed support for the state’s limited prohibition on crypto mining, but in a slightly ambiguous manner. A bill passed by fellow Democrat and New York Governor Kathy Hochul restricts the short-term use of fossil fuels in the production of digital currencies.

Adams, quoted by the New York Daily News, said he is still committed to making New York a center for cryptocurrency. He also noted that it is possible to strike a compromise between this objective and the initiatives to lower the environmental costs in the state that are connected to particular forms of bitcoin extraction.

The New York mining ban primarily targets PoW mining, an energy-intensive way of confirming blockchain transactions for cryptocurrencies like bitcoin. The limitations will apply to mining companies that do not source the significant amounts of electricity required for their sophisticated computing equipment from renewable sources.

Adams, a well-known advocate for cryptocurrencies, said this week that the recent collapse of FTX, one of the biggest digital asset exchanges in the world before it filed for bankruptcy protection earlier in November due to severe liquidity issues, did not deter him from continuing with his support of cryptocurrencies. Despite its rough patches, he stressed that “we must embrace” the cryptocurrency and blockchain business.

Following the bill’s passage by the state assembly and senate, the New York Mayor declared in June that he intended to request Hochul, a political ally, to veto it. “I expressed my opinions… That’s how our system operates, Adams asserted to the Daily News on Friday, promising to cooperate with lawmakers who embrace cryptocurrency and those concerned about it. I think we’ll find a terrific place to meet,” he continued.

According to a Bloomberg report, the governor of New York has been delaying the law’s signing due to lobbying from the industry. Assuring “that New York remains the center of financial innovation, while also taking significant steps to prioritize the protection of the environment,” Kathy Hochul stated in a legal filing.

Even though Hochul said that the new law might encourage the development of cryptocurrencies and the use of environmentally friendly energy sources like hydroelectricity, New York has long been regarded as a difficult location to create a company that deals in digital assets.

According to the study, Adams has worked to shift that perception by arguing that cryptocurrency is a component of a larger financial frontier that the government must conquer. “Now, some folks didn’t agree with some parts of this bill. I am familiar with Albany. Go back now. He said New York City should be a leader in this and other new technologies, so let’s look at them.

Do you think the authorities in New York will review the mining moratorium in the future? Share your thoughts on the subject in the comments section below.