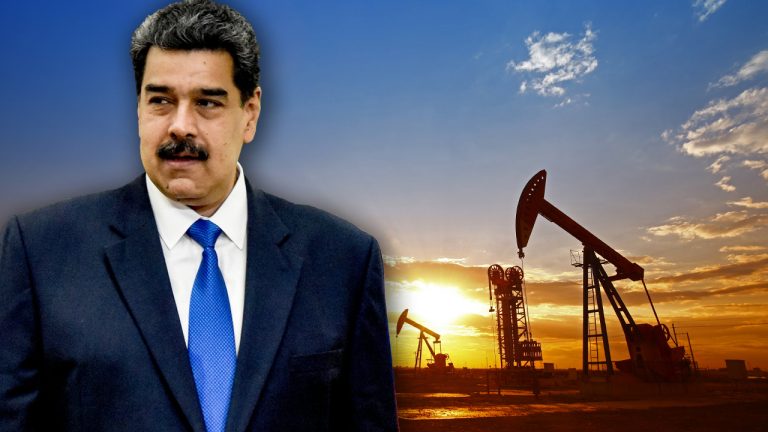 Amid the economic rumblings across the world and the energy crisis in Europe, Venezuelan president Nicolas Maduro has said his country is ready to step up and help with oil. Despite the fact that Venezuela has the largest supply of crude oil in the world, U.S. economic sanctions imposed in 2019 by the Trump administration prohibit American businesses from engaging with the state-owned oil company.

The current president of Venezuela, Nicolas Maduro, is a controversial leader and just recently he’s offered to help Western nations like the United States with oil and gas. On September 14, Maduro spoke at an event organized by the Organization of the Petroleum Exporting Countries (OPEC).

The intergovernmental organization’s secretary-general visited Caracas and Maduro said Venezuela is ready to help countries deal with the erratic gas and oil market. “Venezuela is ready and willing to fulfill its role and supply, in a stable and secure manner, the oil and gas market that the world economy needs,” the Venezuelan president said at the event.

While data shows oil exports are low, Maduro was resolute that Venezuela’s Petróleos de Venezuela, S.A. (PDVSA) has “recovered.” At the same time, crude oil prices in Europe (Brent) have dropped from the June highs but are currently hovering at around $89.53 and U.S. crude oil is exchanging hands at $79.30 per barrel.

Natural gas prices in Europe have skyrocketed and remain at all-time high levels. Venezuela’s export levels are so low because of the Trump administration’s financial sanctions against Venezuelan oil, gas, gold, and food imposed in January 2019.

Last May, U.S. president Joe Biden made an exception to the rule and let Venezuela export crude to Europe to pay off debts. The Biden administration has not rescinded the sanctions imposed against Venezuelan oil and gas suppliers.

In August, Maduro abruptly stopped the oil-for-debt deal and the Venezuelan president seems to want to rekindle the arrangement. While OPEC Secretary-General Haitham al-Ghais visited Caracas, Maduro said the energy “crisis” was precarious and the sanctions against Russia are “unjustified.”

Prior to Maduro explaining that Venezuela is prepared to fulfill its role and supply the world with oil and gas needs, the Venezuelan petroleum minister Tareck El Aissami told the press that Caracas is ready and willing to help any government.

Aissami said Venezuela will supply to “any government of the world or any country, or any company of any country,” but added that U.S. sanctions stand in the way. Moreover, Aissami also spoke with Reuters and told the publication that PDVSA is fully “prepared and ready” to work with the oil giant Chevron based in California.

Secretary-General: OPEC’s challenges Are ‘More Serious, and More Critical’ Than Ever Before

Haitham al-Ghais informed the attendees in Caracas that OPEC’s current challenges are “more serious, [and] more critical” than ever before. Maduro and Aissami are ready to help the West again but the U.S. may be more critical after the Venezuelan president suspended the oil-for-debt deal in August.

Venezuela is not the only country that’s been asking for sanctions to be lifted. Members of the Kremlin have explained that gas connections like the Nord Stream 1 pipeline would be revived after sanctions against Russia are removed.

Iran has also tempted the West with cheap oil as reports note that Tehran said “winter is coming” to Europe and it teased the European Union (EU) with cheap gas. Just like Russia and Venezuela, Iran wants economic sanctions lifted, according to the state-backed news outlet Mehr.

What do you think about Venezuelan president Nicolas Maduro saying that his country is ready to provide oil to the West? Let us know what you think about this subject in the comments section below.