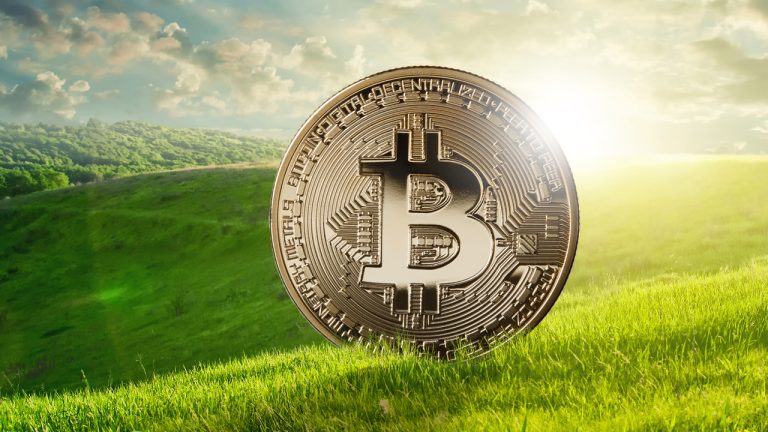 According to a recent report published by the Cambridge Centre for Alternative Finance (CCAF), bitcoin mining worldwide accounts for around 0.10% of global greenhouse gas (GHG) emissions or 48.35 million tons of carbon dioxide per annum. Moreover, CCAF’s report details that “Bitcoin’s environmental footprint is more nuanced and complex” and because of complexity issues it “underscores the need for independent data.”

On Tuesday, the Cambridge Centre for Alternative Finance (CCAF) published a new report called “A deep dive into Bitcoin’s environmental impact,” which was written by the CCAF project lead Alexander Neumueller. The report highlights how bitcoin’s increasing popularity has put a spotlight on “environmental issues associated with the production of Bitcoin.”

CCAF’s study claims that the Bitcoin network produces 48.35 million tons of carbon dioxide per annum. The metric equates to roughly 0.10% of global greenhouse gas emissions and Neumueller says it’s about “14.1% lower than the estimated GHG emissions in 2021.”

Neumueller’s research further details that 37.6% of the energy leveraged by bitcoin (BTC) miners derives from sustainable types of energy. CCAF’s “best-guess estimate” of 0.10% of global greenhouse gas emissions equates to the same amount of energy used by Nepal or the Central African Republic.

Bitcoin mining energy represents a touch less than half of the 100.4 million tons of carbon dioxide gold mining uses per year. Neumueller believes that the GHG emissions in 2022 were lower than in 2021 because of a “substantial decrease in mining profitability.”

CCAF notes that the decline may have been during a shift from less efficient mining rigs to more efficient next-generation machines. Neumueller says that CCAF’s assumption has been “confirmed by anecdotal evidence of Bitcoin miners.”

Miners face pressure from three angles: Falling BTC price, increasing hashrate & operating costs. Rev per hash is close to the ’20 lows, and energy costs are rising, ASICs more efficient though. This year might separate the wheat from the chaff, consolidation ahead? pic.twitter.com/WRqbTD8raG

In addition to changing out old hardware for newer and more efficient bitcoin miners, CCAF details that when China’s hashrate declined, the crypto asset’s “electricity mix became more diverse.” Neumueller and CCAF explain that data suggests the use of sustainable energy has declined in recent times.

Starting in 2021, data shows electricity mix fluctuations are now “visibly less” volatile. “Since it is not yet possible to comment on how the emission intensity changed from 2021 to 2022, as only January data is currently available, Bitcoin’s average emission intensity in 2020 (491.24 gCO2e/kWh) was compared to that of 2021 (531.81 gCO2e/kWh), suggesting that the sustainability of the electricity mix has deteriorated,” Neumueller notes.

The CCAF report surmises that the bitcoin mining industry is ever-changing and the CCAF research and tools continue to be adjusted. With real-world data available researchers are able to look at the situation with “greater granularity.”

The CCAF project lead ends the study by mentioning that “interesting concepts and developments are already emerging around bitcoin mining.” These include concepts like mitigating flare gas, waste heat recovery, and applied demand response applications.

“Time will tell if these are merely novel ideas that fail to deliver on their promise, or if they will become a more integral part of the Bitcoin mining industry in the future,” Neumueller’s report concludes.