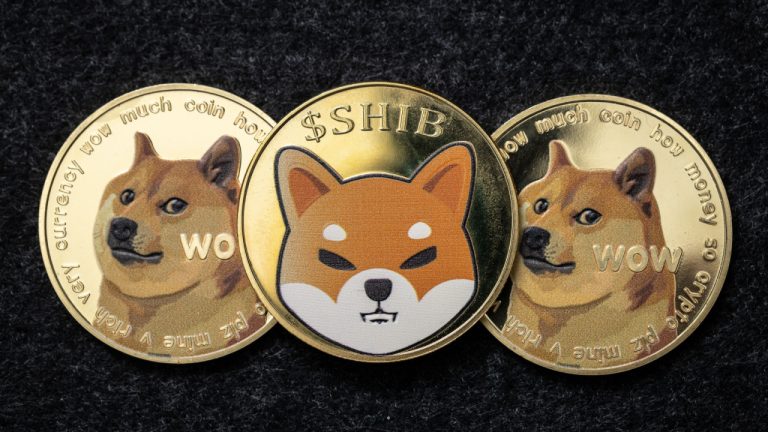 Shiba inu prices dropped to a 20-day low on Monday, putting the breed in the red to start the week. The cost of the meme coin has now fallen for four straight sessions, with the most recent decrease seeing the coin’s price fall under a crucial support level. A two-week low happened earlier today for Dogecoin, which was also down.

Shiba inu (SHIB) was down on Monday, as the meme coin moved to its lowest point in the past 20 days.

If this negative momentum keeps up, sellers of SHIB might try to retake the bottom last touched on November 22.

Dogecoin (DOGE) also remained in the red to start the week, declining for a fourth straight day.

As a result of this decline, which saw DOGE drop by nearly 10%, the token hit its lowest point since November 25.

Looking at the chart, bearish momentum has recently intensified following a drop below a floor of 48.00 on the RSI.

Should this crossover occur, DOGE will likely move even lower, with a floor of $0.080 as a possible destination.

Do you expect dogecoin prices to fall further this week? Let us know your thoughts in the comments.