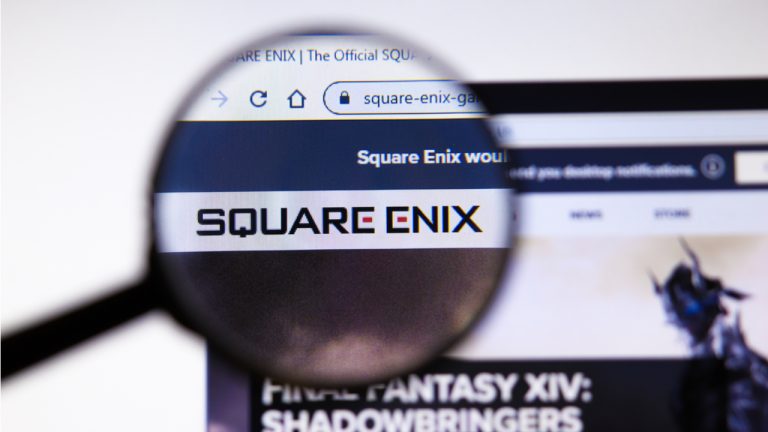 Square Enix, one of the biggest Japan-based gaming companies, has inked a partnership with Oasys, a Web3-oriented blockchain project. As part of this partnership, Square Enix will be part of the first 21 validators of the Oasys network, and will explore new possibilities regarding developing blockchain games using this decentralized tech, including user-generated contributions.

Square Enix has been one of the few AAA gaming companies in Japan seeking to embrace blockchain elements as part of its business model. The company recently announced that it will go all the way, becoming part of the initial validator set of Oasys, a gaming-oriented blockchain advertised as a “high-speed, zero gas fee experience” for users.

The Japanese gaming giant will be using the Oasys blockchain as a tool for the development of new blockchain games and the inclusion of user-generated content in virtual worlds. About this new partnership, Yosuke Saito, director of the Square Enix Blockchain Entertainment Division, stated:

Our shared enthusiasm for web3 gaming makes this an exciting partnership for us and we look forward to gaining insights that can advance the creation of all-new gameplay experiences for gamers across the globe.

The organization is not alone in this endeavor, as other gaming companies have also established partnerships with Oasys in order to become validators of the network. Both traditional and blockchain gaming companies such as Bandai Namco, Sega, Ubisoft, Netmarble, Wemade, Com2us, and Yield Guild Games are also among these 21 first block validators.

Square Enix’s blockchain focus is not a new thing. In fact, the company has included blockchain tech as part of its business model since last year, saying it would “focus on blockchain games premised on token economies as a form of decentralized content.”

The president of the company has also put significant emphasis on using the tech to reward users that contribute to the creation of virtual worlds with their own elements, as the press release of the Oasys partnership describes. In January, in a new year’s letter, Square Enix President Yosuke Matsuda stated:

From having fun to earning to contributing, a wide variety of motivations will inspire people to engage with games and connect with one another. It is blockchain-based tokens that will enable this.

In July, the company announced plans to issue Final Fantasy-themed non-fungible tokens (NFTs) using the Enjin blockchain in 2023, as part of the celebration of the 25th Anniversary of the creation of the franchise.

What do you think about Square Enix’s partnership with Oasys? Tell us in the comments section below.