The Future of NFT Is EVT, the New Game Changer Token 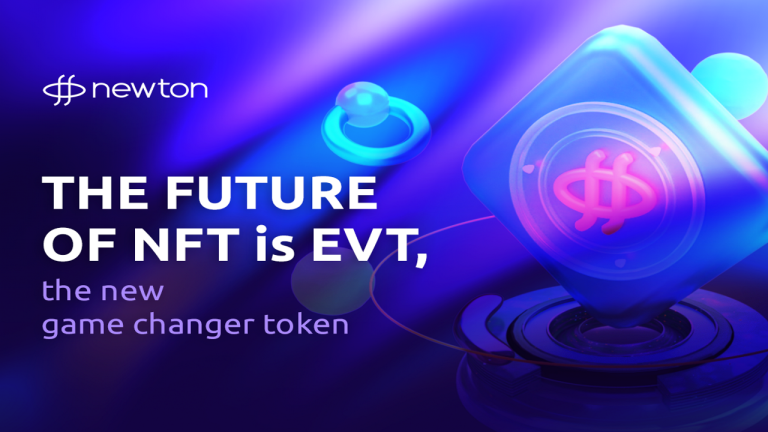 PRESS RELEASE. EVT (Encrypted Variable Token) is said to be the upgraded version of NFT (Non-Fungible Token) and will eventually replace NFT soon for creatives. Is this possible? Here is an insight into how the backbone tech of these tokens works.

What is NFT? (Non-Fungible Token)

A non-fungible token is a financial security consisting of digital data stored in a blockchain, a form of a distributed ledger. The ownership of an NFT is recorded in the blockchain and can be transferred by the owner, allowing NFTs to be sold and traded.

An NFT is a spreadsheet with a record and a code that facilitates how this record is updated. What’s inside the NFT is metadata, which could be an artwork, mp3, mp4, or a digital file. Some argue that NFT can fundamentally change the creator terrain and how art trades; however, this is misconceived and untrue. Most artists rushing into NFT creation have the misconception that people can trade their work with residual royalties. However, this is not true due to structural limitations in the code.

The art trade has long been tolerated by artists and creatives simply because there were no better options to get their work out. Artists needed curators because curators often provided the clientele and the physical space for artists to display/sell their work. Often, the management fees are grossly imbalanced, with curators taking more than 60-70% of the deal, leaving the artist enough money to sport their frugal lifestyles and continuously create work.

The big myth is that NFTs can change all of that. Unfortunately, it doesn’t and here’s why:

An artist creates a painting in the form of an NFT and posts it on OpenSea, and a user named Bob purchases the NFT for $1000. The smart contract stipulates that the artist receives 30% of the sale, so if Bob buys it, the artist will get $300, but not if Bob later becomes a curator and resells it.

The artist hoped the NFT would eventually trade for tens of thousands or millions of dollars, boosting revenue and fame. Currently, this resale royalty is only facilitated by the platform OpenSea itself but not in the actual smart contract of the NFT; meaning only 3rd-party centralized marketplaces can facilitate this residual royalty, which is no different from going through a gallery somewhere, dealing with a traditional curator somewhere.

Technically, it’s too complicated to execute code that would allow resale royalties continuously. Instead, NFT is implemented by a smart contract in which the specs only claim static properties. Consider this, if Bob bought the NFT artwork and kept it in a Metamask wallet but then decides to transfer it to one of the other digital wallets, will the wallet then still give the artist another 30%, which presents Bob at a loss because hadn’t sold it to any other person, and this is the current limitation of the NFT. It simply states that Bob is the sole owner of this digital item, and that’s that.

It would be genuinely innovative that artists can receive continual royalties every time their NFT is traded/sold.

Continuing with the example, let’s say a year down the line, the artist became huge in the art world, and suddenly everyone wants the NFT Bob has, and someone offers $1,000,000 to purchase it. Bob would be happy to sell this painting, and once the deal is done, the artist would ideally receive the additional 30% of the $1,000,000 NFT sale. If this were made possible, it would truly revolutionize the creator’s world, and there would never be a need to deal with an arthouse or curator again. In this case, the artist’s royalty demand structure would change; maybe it would even be where the artist gets 70% for their creations while the dealers get a 30% commission every time it’s sold.

Can this happen? Theoretically, it can work with the EVT (encrypted Variable Token) structure. EVTs allow encrypted variables within the smart contract. For example, EVT data is categorized as invariable and variable parts. Variable data has multi-dimensions, which can be programmed with time, space, and multi-functions.

NFTs are static, while EVTs are dynamic. EVTs allow certain aspects of the metadata to be re-programmed. Ultimately, EVT functionalities solve the residual royalty problem for creators. With EVTs, a creator can continuously enjoy a percentage of royalties as the content/metadata continues to be traded. NFTs weren’t designed this way because of security issues surrounding the coded language.

NFTs are written in Solidity, developed by Ethereum, and are written in a dynamic Newton Blockchain tweaked Rust-based code. In normal confines of the Solidity programming language, encrypted metadata can mean potentially hidden malware and poorly written code that could harm your devices if it escapes the sandbox. However, encrypted code can be executed with safer security confines with the Rust-based programming code, allowing creators to experience residual royalties, changes with their digital assets, and enjoy true encrypted privacy in content viewing.

EVTs are a game changer, ultimately offering ownership with privacy and versatility. The current proven use case is with a DApp called Wave, which plugs into the Newton Blockchain and enables dynamic ticketing for viewable media. For example, one can buy an EVT of secret movie content and create an X number of tickets to resell to others. With EVT encryption functionalities, only those with the proper key can see what’s inside, in a safe manner, unlike the NFT, in which the metadata content is publicly viewable. 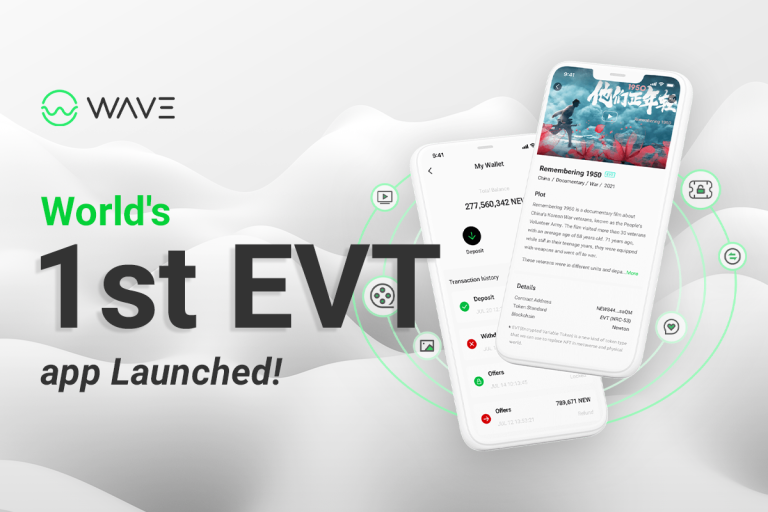 This is a press release. Readers should do their own due diligence before taking any actions related to the promoted company or any of its affiliates or services. Bitcoin.com is not responsible, directly or indirectly, for any damage or loss caused or alleged to be caused by or in connection with the use of or reliance on any content, goods or services mentioned in the press release.