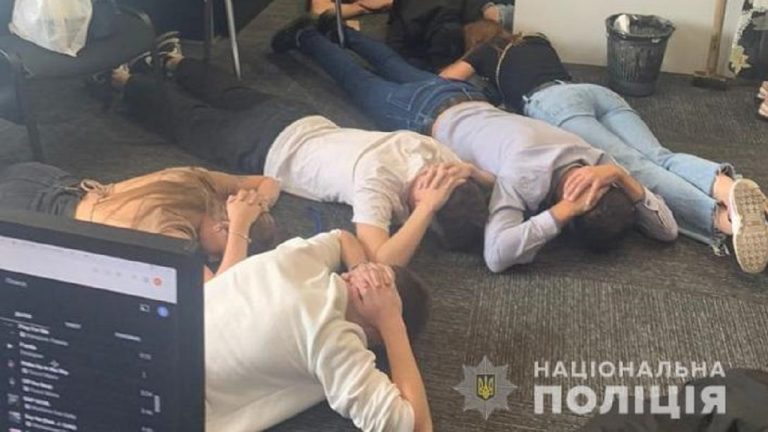 Ukrainian investigators have exposed a scheme targeting residents of the country and the European Union with various financial scams, including some related to cryptocurrencies. The criminal organization members contacted their victims through call centers to collect personal financial information.

Officers from the Main Investigative Department of Ukraine’s National Police and the Security Service of Ukraine (SBU) have dismantled a criminal group running schemes designed to misappropriate funds from citizens of the country and a number of EU nations. Its members offered investors to participate in exchange trading of crypto assets, securities, and commodities.

Investigators found that the scammers established a network of call centers and presented themselves as officials from state banking institutions in order to obtain credit card data. They used high-tech equipment and software which allowed them to change their phone numbers to appear as if they were the official numbers of the banks.

The organizers of the scheme employed fake websites and exchange platforms for trading fiat and digital currencies, securities, gold, and oil. To attract investment funds they promised excess profits in a short period of time, the National Police of Ukraine detailed in a press release published Tuesday.

What’s more, the fraudsters also gained access to a database with the contact information of foreign nationals who had been targeted in similar attempts in the past. On behalf of a so-called “Community of cryptocurrency brokers,” they offered the victims to track and return their stolen cryptocurrency for a “commission.”

After accepting the services of the non-existent entity, these people were sent details for the transfer of the commission to accounts controlled by the members of the criminal scheme. After receiving the funds, the “brokers” suddenly interrupted communication and the lost cryptocurrency was never returned.

In searches conducted by Ukrainian law enforcement at the addresses of the call centers, computer equipment, mobile phones, and records confirming the illegal activities were seized. If found guilty under the provisions of Ukraine’s Criminal Code for large-scale fraud committed by an organized group and the use, distribution, or sale of harmful software, the perpetrators may face up to 12 years in prison.

Do you think the Ukrainian crypto fraudsters will be convicted in court? Tell us in the comments section below.