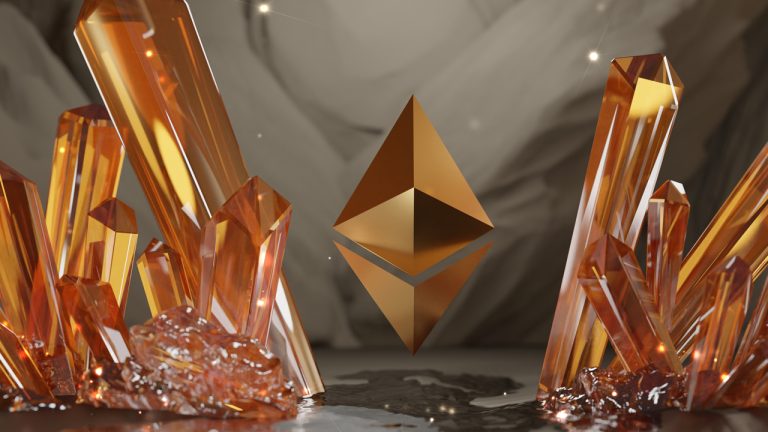 Months before Ethereum transitioned from proof-of-work (PoW) to proof-of-stake (PoS), a simulation of The Merge had shown the network’s issuance rate would drop following the ruleset change. Statistics now show that the simulation’s predictions have come to fruition as the network’s issuance rate has slowed significantly since September 15, following the Paris Upgrade that triggered The Merge.

Since August 5, 2021, Ethereum has changed from being inflationary to deflationary by introducing the ruleset upgrade ​​EIP-1559. Essentially, the change reconfigured the algorithm tied to the base fee per gas in the protocol, and since EIP-1559 was codified, the network now burns the base fee per gas. Since the August 5 London Upgrade, the network has destroyed 2,627,061 ether worth $8.56 billion. Since The Merge, however, Ethereum is a lot more deflationary because the change redefined the protocol’s issuance rate.

For instance, metrics from the web portal ultrasound.money show 3,076 ETH has been issued since The Merge on September 15. If proof-of-work (PoW) miners were still mining ether, they would have produced 53,694 ether since the start of The Merge. The current data shows that Ethereum’s issuance rate post-Merge has dropped by more than 94% lower than if the blockchain would have remained a PoW network. ETH’s deflationary characteristics are believed to be beneficial, as they make ether scarce over time.

4.6 Million Fewer Ethereum by Next Year Thanks to EIP-1559 and Post-Merge Ruleset Changes

Currently, post-Merge data indicates that 297,000 ETH will be burned annually at current rates and issuance has dropped from 3.78% per annum to 0.22% to 0.25% per year. Before The Merge, miners would have produced 4,931,000 ether per year but since the protocol changed to PoS, yearly issuance has slid to 603,000 new ether per year.

At the time of writing, ETH has a circulating supply of 120,583,249 ether and at current exchange rates the aggregate is worth $158.57 billion in USD value.

This means if Ethereum never Merged, by September 19, 2023, the total supply would be around 125,514,249 without accounting for EIP-1559’s burn rate. With the burn rate and post-Merge rules, ETH’s total supply by September 19, 2023 should be an estimated 120,889,249, or 4,625,000 ether less than it would be under previous PoW consensus rules. Similar to Bitcoin’s halving characteristics, ETH supporters believe the aforementioned ruleset changes will make ether harder than traditional sound money, as proponents these days like to call it ‘ultra sound money.’

What do you think about Ethereum’s issuance rate change following The Merge and EIP-1559 being introduced last year? Let us know what you think about this subject in the comments section below.