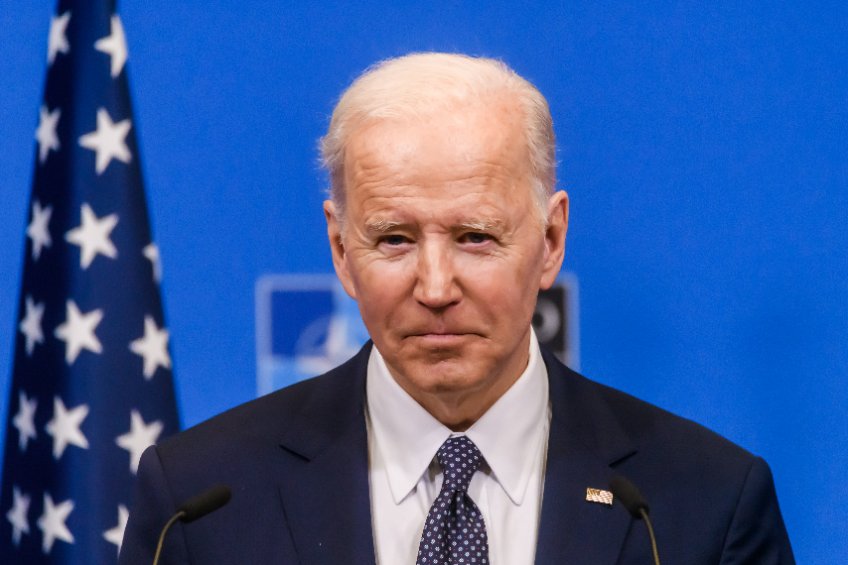 Last week, US President Joe Biden made the watershed announcement that up to $10,000 of student debt would be forgiven for qualifying borrowers.

This decision has massive implications across the board. In this deep dive, I’ll analyse what it all means.

One of the concerns being floated around is the knock-on effect that forgiving this debt will have on inflation – obviously a massive concern in the current climate as the Federal Reserve fights tooth and nail to rein in rising prices. Accordingly, markets across the board have plummeted this year as interest rates have been hiked to curtail this cost-of-living crisis.

The total student debt forgiven is expected to be approximately half a trillion dollars (although estimates are wide ranging). In one respect, this is a drop in the ocean compared to the stimulus packages released during COVID, which totalled $6 trillion.

Not only will the half a trillion pale in comparison to the COVID relief, but it will also be spread out over a longer time period of 10 years. The unique thing about the COVID relief was the sheer quantity of money that was injected in a such a short space of time. I graphed the M2 money supply over the last 65 years to show quite how historical the jump was.

The above graph is all you need to ascertain why people are currently struggling to pay for bread and toilet paper, as inflation spirals. So, is this initiative prudent in the wake of all this? After all, the announcement of student debt relief came only two weeks after the Inflation Reduction Act was signed into law.

What needs to be mentioned in the analysis of the inflationary effect here is that there are two aspects to Biden’s plan. The first is, as we say, to cancel the half a trillion of debt. This will increase disposable income, demand and inflation – that is a fact, the part that is up for discussion is how much inflation will be affected.

But the second change has the opposite effect of reining in inflation, and that is confirming that the moratorium on repayments will cease at the end of the year. Proponents of Biden’s move use this as the biggest point to defend the policy against critics who cite it will spark inflation.

Chief Economist at Moody’s analytics, Mark Zandi, asserted that the opposing effects of the repayment resumption and the debt cancellation would largely be a “wash”.

But on the flipside, what baseline should we be comparing to? Should we not be viewing each effect in isolation? The decision to forgive loan debt is separate from the decision to resume debt repayments, which obviously had to happen eventually in any case.

Bloomberg columnist Matthew Yglesias was one of a disappointingly small number of people making this point. The below chart he posted on Twitter is excellent at showing this – while the payments will jump they will be below the pre-pandemic trend. So, in coming to a conclusion about the inflationary fallout of Biden’s plan, it’s really a question of which baseline is used.

In truth, the inflationary effect of the forgiveness will be marginal – no matter what way you swing it – and likely hit only in 2023. Nonetheless, coming amid the current climate when the Fed is gung-ho to curtail the spiralling cost of living is certainly curious timing. A drop in the ocean of stimulus packages is still a drop, after all. But this is far from the only shortcoming of this plan.

Debt forgiveness is a moral hazard

No matter what angle I come at this from, I can’t help but conclude that this is a populous and naïve solution to what is a bigger problem. The problem of overpriced tuition in the USA is a very big one. Forgiving $10,000 of tuition debt will do nothing to solve this problem. Let me repeat that – the debt forgiveness does absolutely nothing to solve what is the actual problem here.

In fact, this is a great example of what economists refer to as a “moral hazard”, which is a situation where an economic actor has an incentive to increase its exposure to risk because it does not bear the full costs of that risk – the classic example being the reduced incentive one has to exercise care after purchasing insurance.

This is because students who see this episode of debt forgiveness now may be more inclined to take out more loans in future in the hope that the government will again cancel them. Ultimately, this will in turn push the cost of college tuition up – ironically, causing the underlying cause of this whole mess to worsen. The student loan forgiveness precedent has been set and Pandora’s box is now open. All economic theory points towards this being a very dangerous decision.

Perhaps the biggest point of contention here is that this is a regressive policy. That means it has a greater effect on lower income people than the wealthy and it’s the factor I really struggle to look past in coming to a verdict on whether this is ultimately a wise move for the US.

It’s a fact that those attending college in the US, while burdened with debt that a lot cannot afford, are still in a position that lower class subsets can’t be in to begin with. In other words, richer people go to college.

While this debt does hamper their livelihoods and put great strain on many young people, which is obviously a terrible problem, in the long-term those who go to college still significantly outearn those who don’t. Even with the debt, it’s not particularly close.

Using data from a New York Fed study from February I plotted salaries back to 1990 to highlight the difference.

Startingly, the delta is widening – with the difference in median incomes ($22,000 / 73%) at an all-time high. These are also full-time workers aged between 22 and 27; stretching out the time horizon further exacerbates the divergence.

If the analysis widens to look at professional degrees, which are the costliest to obtain, the income disparity jumps to 138%. This is a stunning gap.

Announcing such a regressive policy may seem egregious, but unfortunately it is the way society is heading. COVID policy to pump up the money supply, thereby spiking financial assets across the board to all-time highs only to trigger 40-year inflation highs thereafter, is a perfect example of this.

While I have written about this extensively and won’t go into detail here, the fact that 2020 saw the greatest jump in billionaires’ wealth since Forbes started tracking their rich list speaks volumes. This was also a year where lower income workers struggled to survive, millions across the globe died and many paycheque to paycheque employees no longer had a paycheque.

On the other hand, those of lucky to have white collar jobs (which college degrees certainly help obtain), simply pull on a pair of sweatpants, roll out of bed and fire up Zoom from our bedrooms. I plotted the shrinking size of the middle class compared to the rocketing wealth of the top 1% – I’ll let the graph speak for itself.

So why is the US implementing a regressive policy at a time when two of the biggest issues with the economy – inequality and inflation – will be negatively affected by that very policy?

Like a lot of things in today’s world, it comes down to politics. The promise was repeatedly uttered in Biden’s campaign. And while the torrid inflation situation is far from the fault of Biden’s administration alone – I wrote in July about how both Trump and Biden were equally to blame, alongside stock market-whisperer Jerome Powell – Biden needs a victory quickly.

The below excerpt from a piece I wrote three months ago summarises how desperate things have become – and in the intervening time period, things have only got worse.

I trawled through political history to find quite how bad (Biden’s popularity is). Remember Donald Trump – the previous President of the United States with notoriously weak approval ratings? Biden is now less popular compared to Trump at this stage of the Presidency (507 days), as the green line on the below graph from FiveThirtyEight shows. Meanwhile, comparing to Obama at the same stage of his presidency is not even a fair fight. In fact, Biden is the least popular President at this stage of his term (507 days) than anyone since Gerald Ford back in 1974. Yikes.

With midterm elections around the corner, this is seen in many quarters as a last-gasp attempt to win over voters, primarily in the form of young people – one of the biggest demographics who are underwhelmed with Biden’s presidency.

Long-term solving of the college tuition problem in the US will require congressional action, a difficult process that will not be done overnight. This route is easier, but presents as populous and counter-productive when assessed in a macroeconomic framework.

Before we finish up, there are more than those without degrees who will be affected. The debt forgiveness only applies to those holding federal debt. Any private loans are omitted from the process.

What’s worse is that a number of loans were sold – without prior knowledge of the student – and hence changed from federal to private. It can’t have been fun to wake up to the news Biden was forgiving student debt only to discover you didn’t qualify because your loan was securitised, bundled together and sold to Deutsche Bank.

From an economic perspective, this is about as disappointing as it gets. Short-term relief for a select few will be dwarfed by the long-term issues this causes. While the inflationary impact will likely be minimal, the moral hazard this will create going forward and the potential higher tuition costs as a result down the line are concerning.

Throw in the fact that inequality is widening like never before, and a policy which forgives debt to those fortunate enough to be able to go to college in the first place seems wrong. Of course, many students are crippled with the financial pressure of paying off these loans, and there is no easy solution here.

But the one Biden has chosen is short-sighted and will in no way solve the very big problem of tuition costs in the United States. The college tuition model needs life-saving surgery. Biden’s idea is to pop a painkiller and get back in the game.

The post Biden forgives half a trillion of student debt – a macroeconomic deep dive appeared first on Invezz.