ECB credibility not so robust as rates hiked by 75 bps 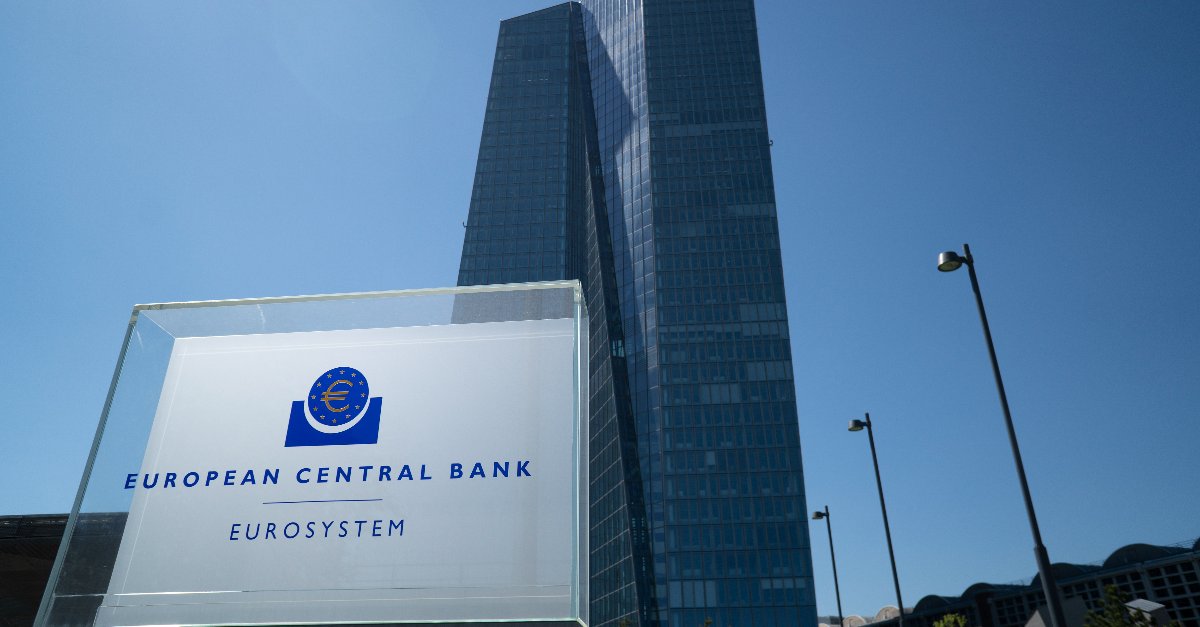 Responding to historic levels of consumer inflation which reached 9.1% in August, the ECB embarked upon frontloading of rates. Monetary authorities re-set the key policy rate to 1.25%, up from 0.50%, the marginal lending facility to 1.50% from 0.75%, and the deposit facility rate to 0.75% from 0%.

The new rates are scheduled to take effect on 14th September 2022. This would be the first time that the ECB raised rates by 75 bps since January 1999 during the inception of the euro.

However, this time around the ECB emphasized and re-emphasized its commitment to bringing inflation down to 2% in the medium term.

To this end, the monetary policy meeting press release made it clear that the Governing Council would aim to dampen demand to rein in inflation expectations from surging higher.

The primary drivers for historic levels of inflation were soaring energy prices that reached 38.3% Y-o-Y and food items which were up 10.6% in the month of August.

For the average European household, purchasing power is rapidly deteriorating, while price pressures are spreading across the economy.

Although supply bottlenecks are easing, inflation is expected to be driven higher as the Russia-Ukraine war continues to rage sending natural gas prices (ENDEX: TGV22) vertical.

Even though the Governing Council has determined that interest rates will continue to rise, the official press release noted that inflation is:

…likely to stay above our target for an extended period.

This is partly because there is often a considerable lag between monetary policy decisions and downstream effects in the real economy.

Despite the super-size hike earlier today, in the press conference following the monetary policy announcement, Christine Lagarde, President of the ECB confirmed that there would be many more rate hikes to come, since:

We are stimulating the economy even with frontloading.

Lagarde noted that the ECB would look to raise rates for anywhere from 1 to 4 additional meetings, although a definitive roadmap was not offered.

On the contrary, she repeatedly stressed that rate hikes will be decided on a meeting-to-meeting basis depending on the most up to date data.

Beyond the ECB’s control?

As is often stated, monetary policy is primarily a tool designed to target demand, and not to counter price pressures from supply disruptions.

European inflation is largely attributed to supply chain issues since the onset of covid, the Russian invasion of Ukraine and consequent volatility in gas prices.

The ECB President acknowledged that she does not have the power to speed through electricity reform, or convince Russia to turn its back on its policy of “energy blackmail.”

Yet, the bank sees monetary policy as the most appropriate and proportionate tool it has at its disposal to tackle high prices.

Projections by the bank’s staff suggest that inflation will likely be brought in line with 2% target at the end of 2024, going into 2025.

Most favourably, Consensus Economics forecasts that inflation will reach 1.9% by the end of 2024, while the Survey of Professional Forecasters estimates this to be 2.1%.

Although estimates suggest that the eurozone will be in a position to avert a recession despite accelerated rate hikes, prevailing low confidence and falling economic activity in major economies poses a real risk.

Major economies around the world recorded lackluster PMIs, signaling a global trend of contraction in economic activity. High production costs due to elevated energy prices are likely to only further the slowdown.

In addition, surveys of business and consumer confidence in the eurozone have been subdued, while retail sales have contracted on a monthly basis.

The eurozone may still see further risks to both its growth and inflation pathways. Above all else, the uncertainty around the Russia-Ukraine war continues, and with Europe’s commitment to reducing Russian dependence, energy shortages may bring economic activity to a grinding halt.

Drawing upon some extreme assumptions, the ECB has also published a much darker downside scenario, which anticipates a full-blown recession in 2023 on the basis of a complete blockade in Russian energy supplies and a lack of availability from other countries such as the USA and Norway.

Due to global headwinds and monetary tightening, the average household is still susceptible to high food prices and energy rationing.

Given the bank’s chequered history of economic forecasting, inability to raise inflation post the 2008-crisis and a lack of control on supply led factors, regarding the likely success of the ECB’s strategy, Lagarde stated:

The ECB’s task is further complicated by the heterogeneity among member countries, as well as divergence in 10-year sovereign bonds of both Germany (TMBMKDE-10Y) and Italy (TMBMKIT-10Y), hampering the smooth operation of monetary policy.

As discussed in an earlier piece, bond yield spreads between Germany and Italy are a signal of the economic health of the eurozone. The increasing divergence signals falling trust in the stability of the European project.

In a nutshell, widening spreads indicate that financial markets no longer view member countries as equally credit worthy, in effect, weakening the objective of the ECB.

At the time of writing, German and Italian 10-year bond yields spreads stood at 222.4 bps.

Another important indicator of institutional credibility is the prevailing exchange rate between the Euro and US dollar.

During the press conference, financial markets did not seem to take confidence from Lagarde’s remarks, and with the prospect of a recession weighing on the currency, the EURUSD fell to a low of 0.9934 in trading.

However, at the time of writing, the euro edged its way to marginally above parity, as it posted a mid-session recovery after failing to breach the 2002 floor of 0.9859.

Describing the precarious position the euro finds itself in vis-à-vis the dollar, Sebastien Galy, senior macro strategist at Nordea noted:

What is interesting is that the ECB is starting to focus on the euro as a source of imported inflation when it before was focused implicitly on a competitive devaluation…What the ECB needs is to convince the market that it wants a strong euro without delivering too many rate hikes.

The ECB needs to both prop up its currency to prevent overseas goods and services getting costlier, while minimizing disruption from rate hikes to prevent the onset of a recession.

Given Chairman Powell’s comments earlier today, treading this narrow channel may become more challenging with the United States nearly certain to hike rates by another 75 bps in this month’s meeting.

However, the rebound in the EURUSD above parity suggests that markets are digesting the Fed Chair’s comments and may be concerned with the possibility of a US recession following two consecutive quarters of negative growth.

To learn more about currencies, you can visit our beginners’ guide to forex investing or check out the Top 10 best forex trading courses.

This would likely cause a great deal of hardship to the average person, and will almost certainly result in rising unemployment and a contraction in discretionary spending power.

The only potential avenue to slow rate hikes would be if energy costs were to suddenly reduce, which seems highly unlikely.

With Russia already blocking energy supplies, some of the bank’s downside risk assumptions are beginning to manifest, threatening a stagflationary scenario in the days ahead, particularly if the ECB continues to lose its sheen as a leading central bank.

Political fragmentation in major members such as Italy pose a risk to the bank’s tightening plans, while the high divergence in bond yields may force the institution to back pedal if the stability of the group is threatened. Rising populism could lead to a further deterioration in debt sustainability.

Interestingly, the ECB made no mention of the newly-instituted and much-hailed Transmission Protection Instrument (TPI). When asked about this, Lagarde simply stated that if a situation occurs that warrants its implementation:

…we stand ready to use TPI, no question about it.

As noted in an earlier piece:

Optimistically, the Governing Council would hope that the mere existence of the TPI (similar to the earlier Outright Monetary Transactions (OMT)) will be sufficient to calm the markets and direct yields to more manageable levels.

Despite the improvement in the EURUSD today, the Fed is still very much the dominant player in global rates and drives the direction of EURUSD. Judging by how markets react to the Powell’s comments over the next day or two will provide a clearer picture of the path of euro in the near-term, and give clues to what the next ECB meeting may have to offer.

The post ECB credibility not so robust as rates hiked by 75 bps appeared first on Invezz.