TSX Today: What to Watch for in Stocks on Tuesday, September 13

Canadian stocks started the new week on a bullish note, extending last weekâs rally. The S&P/TSX Composite Index rose by 214 points, or 1.1%, during the session to close at 19,987 — its highest closing level since August 25. While all key sectors on the exchange contributed to the indexâs sharp gains yesterday, shares of Canadian real estate, energy, consumer cyclicals, and healthcare companies led the market rally. With this, the main Canadian market benchmark has recovered by 4.7% in the last four sessions combined, trimming its year-to-date losses to less than 6%.

New Gold, Topaz Energy (TSX:TPZ), Equinox Gold, First Majestic Silver, and Aritzia were among the top-performing TSX stocks on September 12, as they inched up by at least 5% each.

Yesterdayâs 6.3% gains in Topaz Energyâs shares came after the company entered a definitive agreement with a privately held Canadian oil producer Deltastream Energy Corp. This agreement would allow Topaz to buy âa newly created 5% gross overriding royalty on all current and future oil production from Deltastreamâs entire Clearwater acreage in Albertaâ in a deal worth $265.3 million. Topaz Energy also announced a 7% increase in its quarterly dividends to $0.30 per share starting from the fourth quarter of 2022. Year to date, TPZ stock now trades with 20.3% gains.

In the last session, the Canadian metal miner Equinox Gold revealed that it resumed operations at its Mexico-based Los Filos Mine on September 10.  This news comes days after Equinox temporarily suspended its mining activities at the Los Filos Mine on September 8 after an illegal blockade by the nearby Mezcala community members prevented the delivery of certain supplies.

In contrast, Corus Entertainment, Nutrien, and Home Capital Group were the worst-performing TSX stocks Monday, as they fell by more than 4% each.

Based on their daily trade volume, Suncor Energy, Barrick Gold, Manulife Financial, and Enbridge were the most active stocks on the exchange.

Early Tuesday morning, commodity prices across the board continued bullish movement, pointing to a slightly higher opening for the commodity-linked stocks on the TSX today. While no major domestic economic releases are due this morning, Canadian investors may want to keep a close eye on the key inflation data from the U.S. market, which could give further direction to stocks. These latest inflation numbers will also help economists set their expectations for the U.S. Federal Reserveâs upcoming policy moves.

The post TSX Today: What to Watch for in Stocks on Tuesday, September 13 appeared first on The Motley Fool Canada.

Before you consider Topaz Energy Corp., you’ll want to hear this.

Our market-beating analyst team just revealed what they believe are the 5 best stocks for investors to buy in August 2022 … and Topaz Energy Corp. wasn’t on the list.

The Motley Fool has positions in and recommends ARITZIA INC. The Motley Fool recommends Enbridge, Nutrien Ltd, and Topaz Energy Corp. Fool contributorÂ Jitendra ParasharÂ has no position in any of the stocks mentioned. 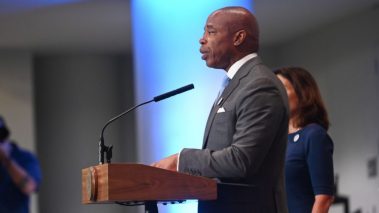