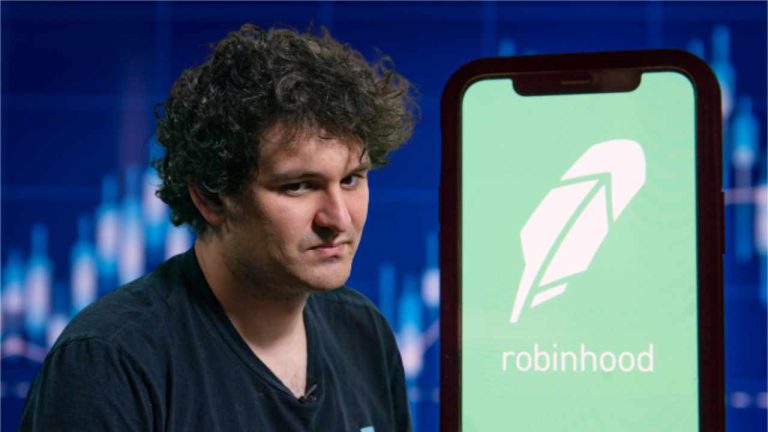 Disgraced Sam Bankman-Fried (SBF), the creator of FTX, is fighting to reclaim ownership of his roughly $460 million worth of Robinhood shares. According to the former CEO of the defunct cryptocurrency exchange, he needs them to “pay for his criminal defense,” emphasizing that the consequences would be severe and “irreparable” without them. However, FTX customers “face merely the risk of economic damage,” according to SBF’s court submission.

Sam Bankman-Fried (SBF), the co-founder and previous CEO of FTX, is attempting to regain ownership of the Robinhood shares that are now disputed by SBF, the new FTX management, and the insolvent crypto lender Blockfi.

According to a court document released on Thursday, Bankman-Fried has asked the bankruptcy court to reject the new FTX management’s request to enforce the automatic stay on 56,273,269 shares of Robinhood Markets Inc. (Nasdaq: HOOD), which are worth more than $460 million.

According to the court statement, the former FTX CEO “requests that the stay motion be rejected” since the current FTX management “failed to carry their heavy burden of proving that such an exceptional remedy is necessary.” The court document also states that the stay application should be irrelevant because the DOJ has the warrant to take the Robinhood shares, and the new FTX management has not withdrawn it, which caused Bankman-Fried to file an objection.

According to the court document, SBF “needs some of this cash to pay for his criminal defense,” and that “financial inability to defend oneself has major implications and is irreparable” The filing continues on:

Conversely, the FTX debtors face only the possibility of economic loss.

Bankman-Fried contended that none of the parties involved in the FTX bankruptcy, including Alameda Research, own the Robinhood shares at issue. Instead, Emergent Fidelity Technology Ltd., a business that he owns 90% of, is their rightful owner. Bankman-Fried and Gary Wang, a different FTX officer, allegedly borrowed money from Alameda for Emergent to pay for the Robinhood shares.

Social media users are concerned by Bankman-assertion Fried that his situation is worse than that of FTX customers, who are facing “economic loss.”

SBF gives new meaning to chutzpah, according to one tweet. In court, he will argue that the balance of interests favors him selling HOOD to cover his own legal costs because prison is priceless harm, and FTX creditors will just suffer economic loss. Another opined:

This is one of the most disgusting lines I’ve ever read. Associating your name with a claim that debtors’ economic loss isn’t a matter of life and death for some people is heartless and out of touch. What happened to ‘Nothing matters more than making customers whole’?

What do you think about Sam Bankman-Fried claiming that he needs the Robinhood shares more than FTX customers who only face “the possibility of economic loss”? Let us know in the comments section below.